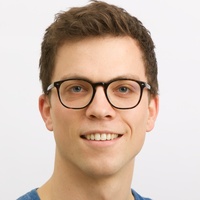 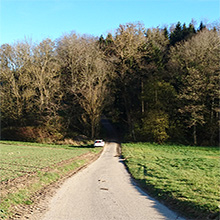 Surface runoff represents a major pathway for pesticide transport from agricultural areas to surface waters. The influence of artificial structures (e.g. roads, hedges, and ditches) on surface runoff connectivity has been shown in various studies. In Switzerland, so-called hydraulic shortcuts (e.g. inlet and maintenance shafts of road or field storm drainage systems) have been shown to influence surface runoff connectivity and related pesticide transport. Their occurrence and their influence on surface runoff and pesticide connectivity have, however, not been studied systematically.
To address that deficit, we randomly selected 20 study areas (average size of 3.5 km2) throughout the Swiss plateau, representing arable cropping systems. We assessed shortcut occurrence in these study areas using three mapping methods, namely field mapping, drainage plans, and high-resolution aerial images. Surface runoff connectivity in the study areas was analysed using a 2×2 m digital elevation model and a multiple-flow algorithm. Parameter uncertainty affecting this analysis was addressed by a Monte Carlo simulation. With our approach, agricultural areas were divided into areas that are either directly, indirectly (i.e. via hydraulic shortcuts), or not at all connected to surface waters. Finally, the results of this connectivity analysis were scaled up to the national level, using a regression model based on topographic descriptors, and were then compared to an existing national connectivity model.
Inlet shafts of the road storm drainage system were identified as the main shortcuts. On average, we found 0.84 inlet shafts and a total of 2.0 shafts per hectare of agricultural land. In the study catchments, between 43 % and 74 % of the agricultural area is connected to surface waters via hydraulic shortcuts. On the national level, this fraction is similar and lies between 47 % and 60 %. Considering our empirical observations led to shifts in estimated fractions of connected areas compared to the previous connectivity model. The differences were most pronounced in flat areas of river valleys.
These numbers suggest that transport through hydraulic shortcuts is an important pesticide flow path in a landscape where many engineered structures exist to drain excess water from fields and roads. However, this transport process is currently not considered in Swiss pesticide legislation and authorization. Therefore, current regulations may fall short in addressing the full extent of the pesticide problem. However, independent measurements of water flow and pesticide transport to quantify the contribution of shortcuts and validating the model results are lacking. Overall, the findings highlight the relevance of better understanding the connectivity between fields and receiving waters and the underlying factors and physical structures in the landscape.
See DOI
See Institutional Repository
Schönenberger, U.; Stamm, C. (2021) Hydraulic shortcuts increase the connectivity of arable land areas to surface waters, Hydrology and Earth System Sciences, 25(4), 1727-1746, doi:10.5194/hess-25-1727-2021, Institutional Repository

Wastewater treatment plant (WWTP) effluents release not only chemical constituents in watersheds, but also contain microorganisms. Thus, an understanding of what microorganisms are released and how they change microbial communities within natural streams is needed. To characterize the community shifts in streams receiving WWTP effluent, we sampled water-column microorganisms from upstream, downstream, and the effluent of WWTPs located on 23 headwater streams in which no other effluent was released upstream. We characterized the bacterial community by sequencing the V3-V4 region of the 16S rRNA gene. We hypothesized that the downstream community profile would be a hydraulic mixture between the two sources (i.e., upstream and effluent). In ordination analyses, the downstream bacterial community profile was a mixture between the upstream and effluent. For 14 of the sites, the main contribution (>50%) to the downstream community originated from bacteria in the WWTP effluent and significant shifts in relative abundance of specific sequence variants were detected. These shifts in sequence variants may serve as general bioindicators of wastewater-effluent influenced streams, with a human-gut related Ruminococcus genus displaying the highest shift (30-fold higher abundances downstream). However, not all taxa composition changes were predicted based on hydraulic mixing alone. Specifically, the decrease of Cyanobacteria/Chloroplast reads was not adequately described by hydraulic mixing. The potential alteration of stream microbial communities via a high inflow of human-gut related bacteria and a decrease in autotrophic functional groups resulting from WWTP effluent creates the potential for general shifts in stream ecosystem function.
See DOI
See Institutional Repository
Mansfeldt, C.; Deiner, K.; Mächler, E.; Fenner, K.; Eggen, R. I. L.; Stamm, C.; Schönenberger, U.; Walser, J.-C.; Altermatt, F. (2020) Microbial community shifts in streams receiving treated wastewater effluent, Science of the Total Environment, 709, 135727 (12 pp.), doi:10.1016/j.scitotenv.2019.135727, Institutional Repository

Micropollutants enter surface waters through various pathways, of which wastewater treatment plants (WWTPs) are a major source. The large diversity of micropollutants and their many modes of toxic action pose a challenge for assessing environmental risks. In this study, we investigated the potential impact of WWTPs on receiving ecosystems by describing concentration patterns of micropollutants, predicting acute risks for aquatic organisms and validating these results with macroinvertebrate biomonitoring data. Grab samples were taken upstream, downstream and at the effluent of 24 Swiss WWTPs during low flow conditions across independent catchments with different land uses. Using liquid chromatography high resolution tandem mass spectrometry, a comprehensive target screening of almost 400 organic substances, focusing mainly on pesticides and pharmaceuticals, was conducted at two time points, and complemented with the analysis of a priority mixture of 57 substances over eight time points. Acute toxic pressure was predicted using the risk assessment approach of the multi-substance potentially affected fraction, first applying concentration addition for substances with the same toxic mode of action and subsequently response addition for the calculation of the risk of the total mixture. This toxic pressure was compared to macroinvertebrate sensitivity to pesticides (SPEAR index) upstream and downstream of the WWTPs. The concentrations were, as expected, especially for pharmaceuticals and other household chemicals higher downstream than upstream, with the detection frequency of plant protection products upstream correlating with the fraction of arable land in the catchments. While the concentration sums downstream were clearly dominated by pharmaceuticals or other household chemicals, the acute toxic pressure was mainly driven by pesticides, often caused by the episodic occurrence of these compounds even during low flow conditions. In general, five single substances explained much of the total risk, with diclofenac, diazinon and clothianidin as the main drivers. Despite the low predicted acute risk of 0%–2.1% for affected species, a significant positive correlation with macroinvertebrate sensitivity to pesticides was observed. However, more effect data for pharmaceuticals and a better quantification of episodic pesticide pollution events are needed for a more comprehensive risk assessment.
See DOI
See Institutional Repository
Munz, N. A.; Burdon, F. J.; de Zwart, D.; Junghans, M.; Melo, L.; Reyes, M.; Schönenberger, U.; Singer, H. P.; Spycher, B.; Hollender, J.; Stamm, C. (2017) Pesticides drive risk of micropollutants in wastewater-impacted streams during low flow conditions, Water Research, 110, 366-377, doi:10.1016/j.watres.2016.11.001, Institutional Repository
Schönenberger, U. (2015) Data Reconciliation and Gross Error Detection for Wastewater Treatment Processes, 71 p, Institutional Repository