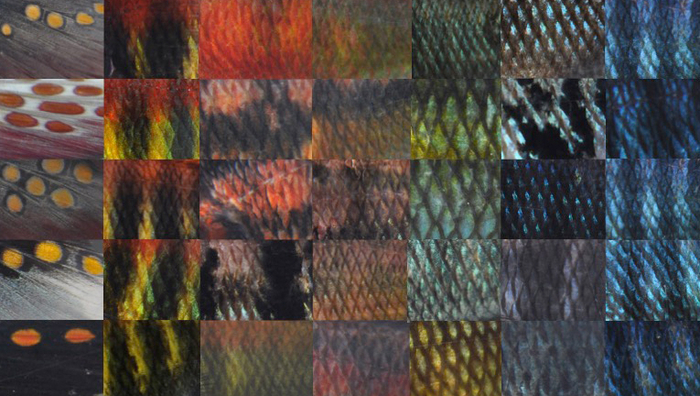 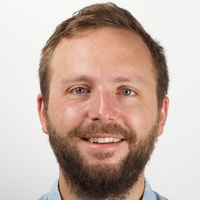 I have a broad interest in aquatic sciences, especially in the context of ecology, evolution and biodiversity of aquatic organisms’. My preferred approach to a research question is tackling it from multiple directions, employing different field, experimental and laboratory techniques in order to develop as much as possible an organic and coherent understanding of a system. I have studied the ecology and evolution of different fish species. My main interest is understanding how ecological and evolutionary processes can shape biodiversity and how the effect of anthropogenic stressors impact biodiversity and how these can be mitigated. I am also very much engaged in science communication, transferring knowledge from science to different stakeholders.

In my current position as project scientist I work on fundamental and applied aspects of fish movement behaviour and ecology. Fish show many different forms of movement in rivers and are often hindered to move freely due to artificial barriers such as weirs and hydropower facilities. I aim to develop a common movement ecology paradigm for freshwater fish to better understand the consequences of restricted movement on fish species and populations. Furthermore, I collaborate with the ETH Zurich Laboratory for Hydraulics, Hydrology and Glaciology (VAW) on applied solutions to mitigate negative impacts of hydropower facilities on fish species and populations. Lastly, together with the multi-stakeholder platform water-agenda 21 (WA 21) I aim to disseminate newest research in the field of fish movement ecology related to hydropower facilities through multi-stakeholder workshops.

In my Postdoc I was responsible for the project “Whitefish diversity in Swiss lakes” hosted by EAWAG and in cooperation with the Federal Office for the Environment (FOEN). In this project we aimed at assessing and describing the current state of whitefish (Coregonus sp.) species-diversity across most of the Lakes of Switzerland. The major goal of this project was to generate a comprehensive database on the ecology, behaviour, morphology, genetics and evolution of whitefish in Switzerland, by combining existing data on the different species with data that we collected in the field and lab. This information was then used to systematically describe yet taxonomically un-described, but known whitefish species. Currently 26 different species of whitefish are known, and another 9 have not yet been formally described taxonomically. This compendium of information was further used to write a report on whitefish diversity for the Federal Office for the Environment targeting lake and fisheries managers, environmental offices, sports and commercial fisher(wo)men and the interested public to identify, monitor, manage and protect this amazing endemic fish diversity found exclusively in Switzerland.

In my PhD I have studied several components of an emerging integrative theory of adaptive radiation. In short, I have studied how hybridization between African cichlid fishes can influence speciation and adaptive radiation. Hybridisation between species is a pervasive phenomenon in nature that occurs naturally, but is often also linked to anthropogenic pressures. The different chapters of my PhD showed that the effect that hybridization has on evolutionary processes and speciation is manifold: it can act both as a hindering or stimulating force and depends strongly on the ecological context. 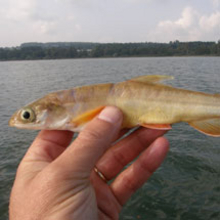 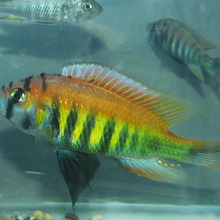 This member of staff no longer works at Eawag. Please contact info@eawag.ch for further information.

Adaptation to depth and altitude