How biogeochemistry shapes the ecosystem of Lake Tanganyika

Why do we study Lake Tanganyika?

Lake Tanganyika is the world’s longest freshwater lake, with a north-south expansion of 673 km, covering the distance between Zurich and Berlin, and it sustains the second largest inland fishery of the African continent. Unfortunately, its fish stocks are declining, and previous investigations have identified overfishing and climate change as the main causes. Hence, Lake Tanganyika provides the opportunity to study direct (overfishing) as well as more subtle, global human alterations (climate change) on a large lake ecosystem.

The nutrient dynamics are essential for fish productivity

By heating up the surface waters, global warming, enforces the stable layering of the water column (stratification). The strong thermal layers reduce the vertical transport of nutrients from the deep waters into the nutrient-poor, sunlit surface waters. The nutrient scarcity slows down algal growth, which in turn has implications on the entire food web. In an aquatic food web, all higher organisms depend on the biomass produced by algae and bacteria. Thus, nutrients in the productive surface zone means less algae and ultimately less fish.

But there might be a hero to the story: nitrogen-fixing cyanobacteria. These organisms have the remarkable capability to fix nitrogen from the atmosphere (N2), while other algae need to rely on dissolved inorganic nitrogen (DIN) for growth (Fig. 1). Because nitrogen is the limiting nutrient in Lake Tanganyika, nitrogen-fixing cyanobacteria may compensate for the reduced DIN transport into the surface zone and help maintain an equally productive algal and bacterial community at the base of the food web.

The regional and seasonal changes as natural laboratory

Luckily the hydrological fluctuations in Lake Tanganyika offer a chance to estimate the influence of increasing water column stratification on nutrient and food web dynamics. While the lake is well-stratified during the rainy season, the water column mixes at least partially in the dry season. This mixing is more pronounced in the south than in the north part of the lake (Fig. 1).

What do we want to achieve with this project?

By employing lake-wide research cruises during both the wet and dry season, our project attempts to tackle some of the many unknowns in the relationships outlined above:

Is there more nitrogen fixation during periods of strong stratification?
Do these biological nitrogen inputs balance the reduced DIN transport?
Which conditions do nitrogen-fixing cyanobacteria require to thrive?
Do higher organisms prefer feeding on other algae over cyanobacteria, which are generally considered to be a poor food source?
Does mixing or stratification facilitate nitrogen loss through the activities of bacteria living in deep waters?

We address these questions with high-resolution sensor measurements, standard chemical analyses, as well as cutting-edge isotopic and genetic tools. In a parallel PhD project, Julian Junker studies the ecology and genetics of the pelagic fish. By combining our results, we can find out if the spatial and seasonal mixing patterns induce genetic differentiation among fish populations. Understanding the connections between human action and alteration of natural ecosystems is crucial for their long-term sustainable use. 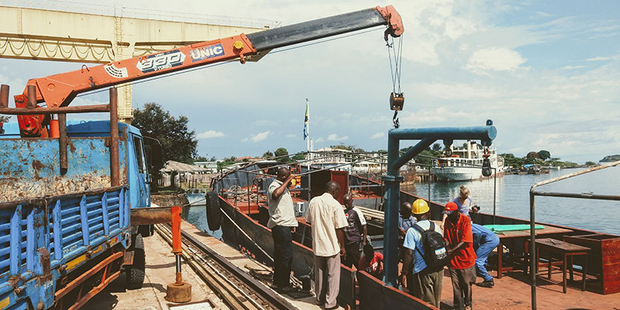 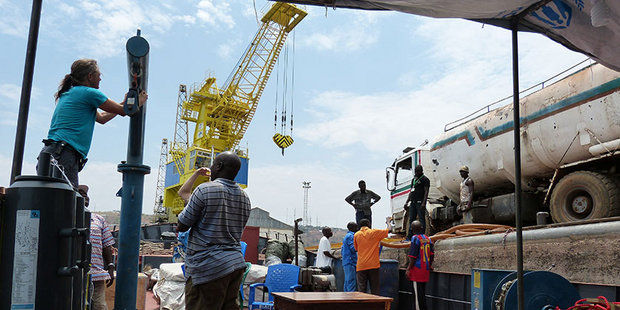 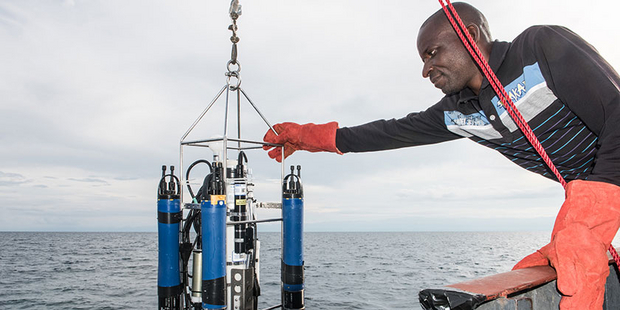 Sensor measurement of the water column with an array of a CTD and EXO probes (Photo: Benedikt Ehrenfels) 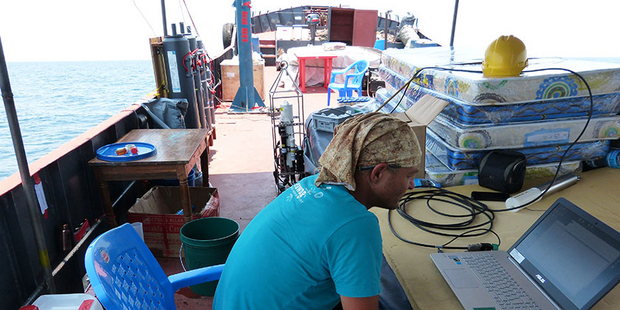 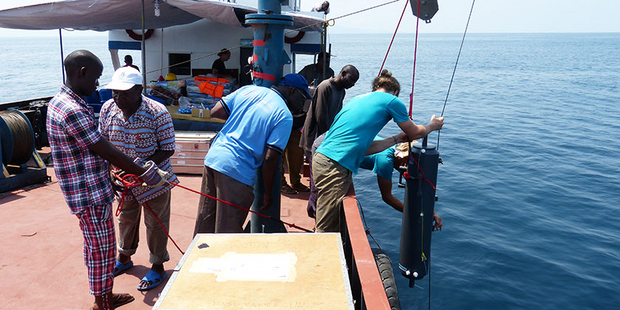 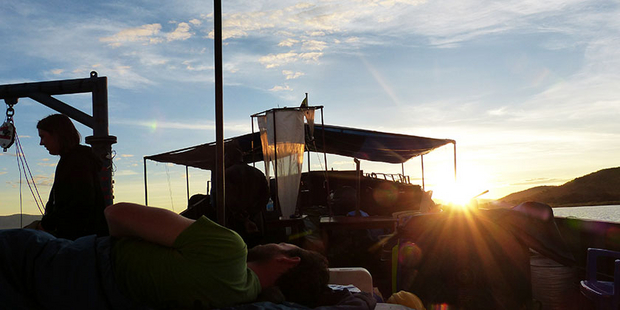 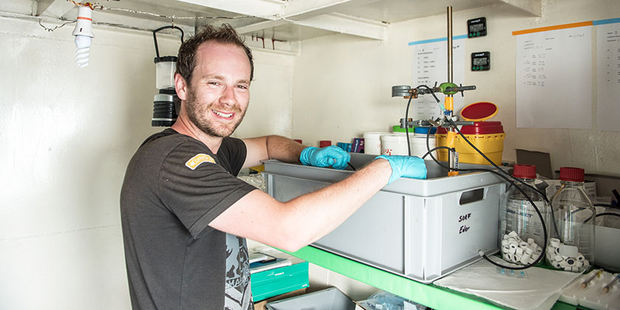 Cameron in his on board lab (Photo: Benedikt Ehrenfels) 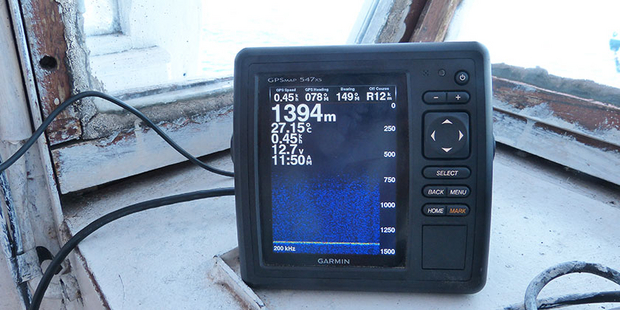 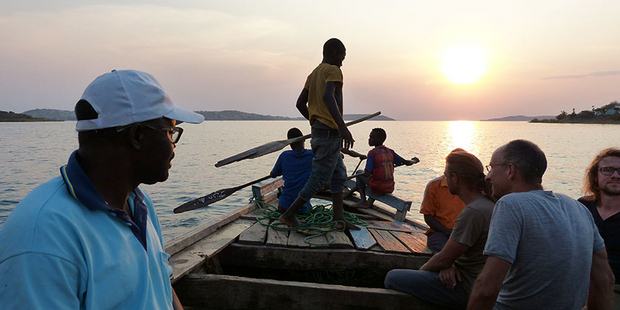