December 3, 2012EPFL, Eawag and Ferring Pharmaceuticals are inaugurating a Chair for the study of lake environments. 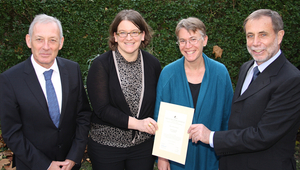 November 29, 2012As he had intimated when the J. E. Brandenberger Foundation announced him as the 2012 prize winner, Martin Wegelin confirmed, at the award ceremony on Saturday 24th November in Chur, that he would be dividing the entire prize money of 200,000 Swiss francs between the Sodis Project (CHF 150,000) and the organisation Terres des femmes (CHF 50,000). 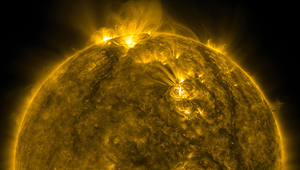 November 28, 2012The Sun determines the course of the planets. But the planets may also exert an influence on the Sun. Their configurations appear to be responsible for long-term cycles of increased solar activity. 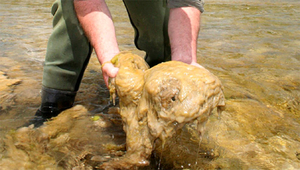 November 23, 2012On invitation of Eawags department for Aquatic Ecology over 40 experts from local and central government, environmental consultancies and research organisations participated on 31st October the first workshop on aquatic invasive species.

October 29, 2012In September 2012, the title of “Titularprofessorin für nachhaltige Wassernutzung” (Associate Professor for Sustainable Water Use) was conferred on Hong Yang (Siam)..

October 25, 2012The Foundation Dr. J.E. Brandenberger is honouring Martin Wegelin, who was for 25 years a researcher at Eawag. 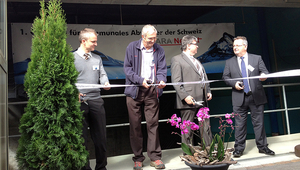 October 12, 2012On 2nd October 2012 the foundation stone was laid in the Neugut water treatment plant for the first ozonation facility in Switzerland.

August 15, 2012There are 2.6 billion people in the world who have no access to a decent toilet. An interdisciplinary team of Swiss aquatic researchers and designers from Austria won with their invention as part of the 'Re-invent the Toilet' competition, sponsored by the Bill and Melinda Gates Foundation a special recognition award..