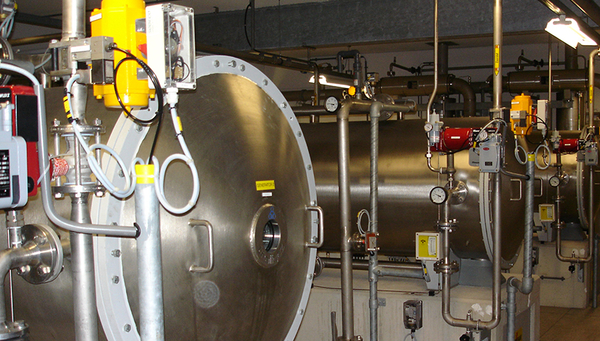 In the coming years, around a hundred wastewater treatment plants (WWTPs) across Switzerland are to be upgraded with an additional treatment step in order to eliminate micropollutants. The method of choice is often ozonation. But if wastewater is contaminated with bromide, the ozonation process leads to the formation of bromate – a potentially carcinogenic substance – which enters rivers and lakes with the treated wastewater. Particularly affected are WWTPs with chemical plants and waste incinerators in their catchment areas. At present, bromate concentrations in Swiss surface waters are normally below the detection limit of 0.25 micrograms per litre (μg/L). The tolerance value specified for drinking water in the Food Impurities and Ingredients Ordinance (FIV) is 10 μg/L.

In a modelling study, scientists at Eawag have now shown that – even in the worst case – bromate concentrations in major Swiss rivers will not be substantially increased following WWTP upgrades. They estimated an increase of 0.35 μg/L for the Rhine at Basel and 0.27 μg/L for the Rhône at Geneva. In the case of smaller waterbodies, however, increased bromate levels could pose problems for drinking water use. The researchers conclude that bromate formation must always be carefully assessed; if necessary, the powdered activated carbon process can be used for micropollutant elimination instead of ozonation.