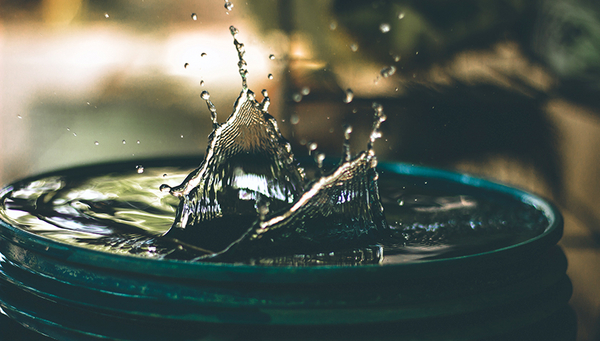 Today's Unesco World Water Day has the theme "Leave no one behind". Many people still do not have access to safe water and sanitary facilities for various reasons. But access to clean water alone is not enough, knows behavioural psychologist Hans-Joachim Mosler of the Department of Environmental Social Sciences.

"No one may be left behind," writes Unesco in its World Water Report. Today, three out of ten people have no access to safe drinking water and even less to sanitation facilities, often because they are discriminated against for various reasons. Gender, age, state of health or origin play an important role. People who belong to minorities or are fleeing are increasingly affected.

What is safe water?

When we talk about access to clean water, we often think only about the availability of water. Availability means how much water is physically available, how it is stored, managed and allocated to users. However, this is only the first step: If water is available, it must be made accessible (delivered via e.g. water pipes or wells) and appropriately treated, i.e. cleaned and disinfected. In addition, there is a functioning sanitary system that meets the hygienic requirements.

The hurdles to safe water are manifold: The next well with purified water can be in a difficult to reach location, the drinking bottle can be dirty, the water can be contaminated again during transport or the appropriate cleaning tools are not available. Often it is a combination and above all the lack of awareness of how important safe water is for health.

Often there is no awareness of the importance of hygiene, or social norms prevent drinking water from being fetched from a safe well (for example, because the young women whose job it is to fetch drinking water are not allowed to be in public places). This shows that attention must be paid not only to access to safe water, but also to the behaviour of water users. Hans-Joachim Mosler from the Department of Environmental Social Sciences has developed the Ranas model, a method to identify which aspects prevent behavioural change. "We make sure that the infrastructure that the engineers build is actually used," says Mosler. "The aim is to motivate people to make existing water safe themselves and to keep it that way. Clean water without the right behaviour is not enough," says Mosler. This means, for example, taking a longer route to a safe source, procuring disinfectants at an early stage or planning appropriate techniques such as boiling or Sodis so that the water is ready at the desired time. Further hygiene is also important: regular washing of hands, use of toilets, handling of food, etc. The task of Mosler's team is to identify the motivators for such behaviour and then to tackle them accordingly. So that all people benefit from clean water.

Created by Stephanie Engeli, Karin Stäheli
Share with others: