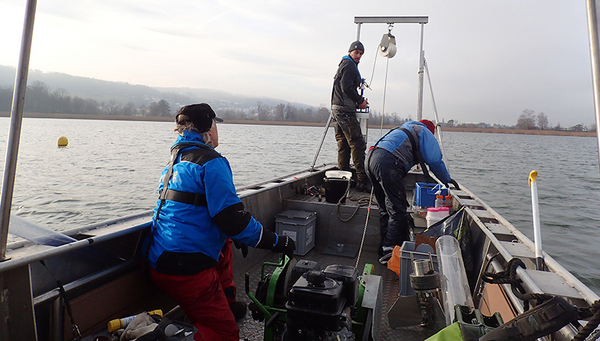 Humans have so profoundly altered the Earth that, some scientists argue, our current geologic epoch requires a new name: the Anthropocene. But defining the precise start of the era is tricky. Would it begin with the spread of domesticated farm animals or the appearance of radioactive elements from nuclear bomb tests? Scientists report in ACS’ Environmental Science & Technology a method to measure levels of human-made contaminants in sediments that could help pinpoint the Anthropocene’s onset.

The geologic record can sometimes provide clear-cut evidence of epoch changes. For example, when a meteorite collided with Earth 66 million years ago, levels of the metal iridium from the space rock spiked in sediments around the world. This clearly marked the end of the Cretaceous period. However, trying to define the start of the proposed — and much debated — Anthropocene could be more complicated. Human influence over the climate and environment began with the Industrial Revolution in the 1800s, and accelerated dramatically in the second half of the 20th century. Many markers of human impact on the planet from agriculture, waste disposal and other activities have been archived in the planet’s sedimentary records. The rise in industrial chemicals, such as pesticides and pharmaceuticals, is another example of a human-driven activity that has been captured in sediment layers. To explore the record of synthetic compounds as a possible marker to help define the Anthropocene, Aurea C. Chiaia-Hernández, Juliane Hollender and colleagues turned to a new analytical technique combined with sophisticated data analysis to characterize patterns of contamination over time.

The researchers applied high-resolution mass spectrometry to investigate synthetic chemical contamination in two lakes in Central Europe. They examined 1-meter long cores from each lake bottom, capturing the past 100 years of sediment layers. According to the analysis, the lakes’ sediments contained few synthetic contaminants before the 1950s. But during the 1950s, concentrations of industrial chemicals started to appear in the samples, which is consistent with the boom in industrial activities post-World War II. The researchers say this record clearly demonstrates the beginning of large-scale human impact on the environment. It also shows a decline in contamination following the installation of wastewater treatment plants in the 1970s, providing evidence for successful mitigation measures. Additionally, the introduction of new pollutants that are now finding their way into surface waters can be discovered.

The authors acknowledge funding from the Swiss Federal Office for the Environment, the Swiss National Science Foundation and Eawag.

This text: press is based on a press release from the American Chemical Society ACS.