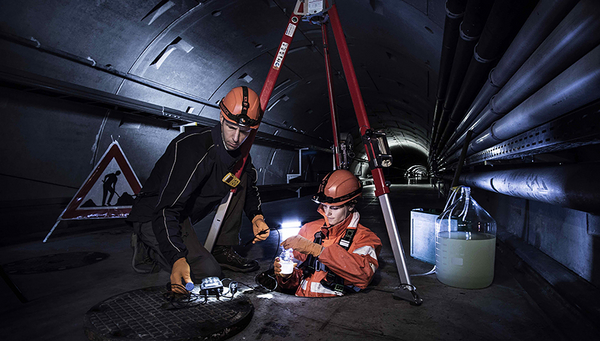 In a large-scale, Europe-wide drug monitoring project, the wastewater of around 38 million people in 85 cities was analysed in the spring. Researchers collected daily samples over a week-long period in the catchment areas of a total of 97 wastewater treatment plants. In Switzerland, the analyses and evaluations of the wastewater were conducted by the University of Lausanne and Eawag. The wastewater was analysed for traces of four illegal drugs—amphetamines, cocaine, MDMA (ecstasy) and methamphetamine.

Figures for Swiss cities on a high

“As far as Swiss cities are concerned, the amounts of cocaine and MDMA that were measured are similar to previous years”, says Christoph Ort, who is heading up quality control for the international consortium. This indicates, he says, that total consumption in the participating Swiss cities of Bern, Basel, Geneva, St. Gallen and Zurich is still higher than the European average. The consumption of amphetamines in Swiss cities on the other hand tends to be slightly, to significantly, below average compared to the rest of Europe.

Overall, the results show that drug consumption was somewhat higher in comparison to 2017. The detectable traces of cocaine (benzoylecgonine) and MDMA increased in many cities, and almost all cities registered a rise in amphetamine traces, although the increases vary widely between the locations in the study. They were particularly marked in cities in northern and eastern Europe. Traditionally concentrated in the Czech Republic and Slovakia, methamphetamine appears to have seen an increase in consumption in Cyprus, eastern Germany, Spain and northern Europe.

A video shows how wastewater analysis for drug monitoring works

Wastewater contains a wealth of information
Residues of industrial chemicals, plant protection agents, cosmetics, pharmaceuticals and drugs are found in wastewater. By analysing the wastewater, conclusions can be drawn as to possible environmental pollution or consumer behaviour. Identifying such substances in wastewater is a challenging task, however. Christoph Ort from the Department of Urban Water Management at Eawag is developing experimental and statistical methods of reliably measuring and interpreting substance flows.