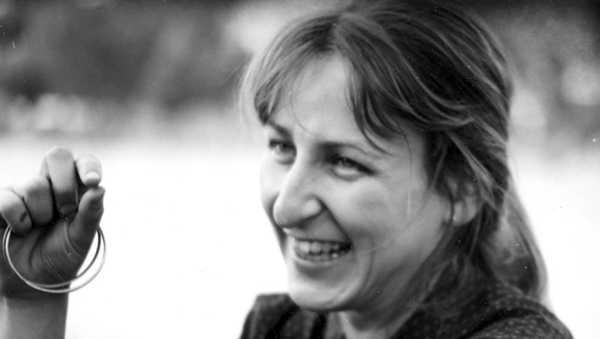 Yesterday afternoon Eawag researcher Annette Johnson passed away after a serious illness. She was the leader of the group “Water Rock Interaction” of the Water Resources and Drinking Water Department.

Annette Johnson worked in research at Eawag for about 30 years. One of her special areas was the handling of geogenic trace substances in ground water and drinking water. In January 2015, as an outgrowth of the interdisciplinary project Water Resource Quality WRQ, which she led, the Geogenic Contamination Handbook was published to great acclaim in the professional world. The handbook gives authorities and planners in developing countries well-tested practical instructions for dealing with such geogenic pollutants. She also initiated the succeeding project, Groundwater Assessment Platform GAP.

Her excellent performance as a researcher meant that Annette Johnson was an inspiring person, and one who used her research and knowledge especially for underprivileged people in developing countries.

Annette Johnson said goodbye to her Eawag colleagues with the following words:

«My remaining time became suddenly short, my energy vanished. I had a fantastic time working at eawag during the last thirty years and I cannot imagine a better place worldwide for the development of most relevant water solutions for the well-being of indigent people. Eawag is a wonderful base for scientific creativity and participation in international networks. I experienced great friendship among all participants across the continents and my colleagues at eawag gave me a warm home. This fulfills me with great satisfaction. I am so thankful.»