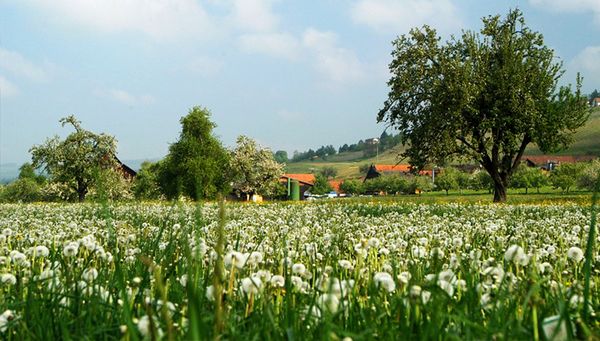 How can the use of scientific knowledge be promoted in policy and practice to make plant protection more sustainable? An interdisciplinary study, in which five Swiss research institutions participated, identifies important hurdles and proposes a package of measures to overcome them.

When it comes to plant protection, a wide range of actors are involved. These include farmers, manufacturers of plant protection products, wholesalers, consumers, interest groups and national councillors – in other words, people or organisations that have political roles or are part of the agriculture value chain. Depending on their motivation and interests, how they deal with scientific findings, known as evidence, differs fundamentally. Actors who are focused on sense-making want to marry new knowledge with their existing beliefs and experiences. Actors who seek to maximise benefits use evidence strategically to advance their interests. Actors who are truth-seeking make their decisions based on the best available evidence.

“In our study, we develop and consider these three actor models across different stages of how the evidence is used,” explains Eawag researcher Benjamin Hofmann. “In doing so, it is important that we do not judge the motivations of the actors.” Depending on the model, a wide range of obstacles emerge for evidence-based plant protection policy and practice. “We didn’t collect any data ourselves, but relied on other studies that shed light on parts of this problem and put together the current state of knowledge,” says Hofmann, explaining the work of the interdisciplinary project consortium, which includes not only the aquatic research institute Eawag but also the ETH Zurich, the University of Bern, the Swiss Tropical and Public Health Institute (Swiss TPH) and the Research Institute of Organic Agriculture (FiBL).

One of the biggest hurdles for truth-seeking actors is uncertainty due to lack of knowledge. “For example, it is challenging and time-consuming to clearly prove the causal relationship between the use of certain pesticides and chronic diseases such as cancer,” says Hofmann. For sense-making actors, knowledge must match practical experience. Farmers are more likely to decide to use less pesticides if they know examples of success in other farms.

Actors who seek to maximise benefits use their interests to influence which evidence is taken into account in decisions and what effect they have. “A study has shown that farmers use fewer chemical pesticides to control a new pest when they make use of public advisory services than when they are advised by private services,” Hofmann tells us. “Of course, this can be explained by commercial considerations.” However, it is by no means a matter of criticising actors, but rather of finding broadly supported and democratically legitimised solutions to overcome the hurdles. “We want to find compromises and broaden the dialogue between the different actors and the scientific community,” says the researcher.

Actors with different motivations shape the stages of evidence use for sustainable policy and practice (graphic: Eawag, icons from Freepik at https://www.flaticon.com/authors/freepik).

The team proposes a mix of measures to overcome the hurdles. “For the truth-seeking actors, there would have to be an interdisciplinary cooperation, networking of global and local knowledge and, above all, a faster synthesis of the current state of knowledge,” says Hofmann. For the sense-making actors, on the other hand, more transdisciplinary research is needed so that science and practice can be more closely linked. “There is not only the scientific evidence but also knowledge from experience,” says the researcher. “You have to involve the actors themselves in the research process.” If one knows how they weigh different objectives, compromise solutions can be found more easily.

“There needs to be more transparency among the actors who seek to maximise benefits,” says Hofmann. “We need to ensure that this strategic use of evidence becomes transparent more quickly if it can’t be avoided.” The team proposes that all data collected from public funds must also be publicly accessible. For political decisions, documentation should ensure that it is clear on what the decision-makers base their decisions, which studies were taken into account, who commissioned them and how they were financed.

With their work, the researchers want to initiate a general discussion about the barriers to evidence-based policy and practice, which is not limited to plant protection. “After all, the same problems arise with climate protection or biodiversity,” says Hofmann. There, too, it is necessary to know which players are involved and to communicate the scientific evidence accordingly, but also to demand from politics that framework conditions are created, including greater transparency.

The study is a first publication of the interdisciplinary project consortium “Transformation in Pesticide Governance” (Trapego), which is funded by SNF Sinergia.

Calls for supporting sustainability through more and better research rest on an incomplete understanding of scientific evidence use. We argue that a variety of barriers to a transformative impact of evidence arises from diverse actor motivations within different stages of evidence use. We abductively specify this variety in policy and practice arenas for three actor motivations (truth-seeking, sense-making, and utility-maximizing) and five stages (evidence production, uptake, influence on decisions, effects on sustainability outcomes, and feedback from outcome evaluations). Our interdisciplinary synthesis focuses on the sustainability challenge of reducing environmental and human health risks of agricultural pesticides. It identifies barriers resulting from (1) truth-seekers’ desire to reduce uncertainty that is complicated by evidence gaps, (2) sense-makers’ evidence needs that differ from the type of evidence available, and (3) utility-maximizers’ interests that guide strategic evidence use. We outline context-specific research–policy–practice measures to increase evidence use for sustainable transformation in pesticides and beyond.
See DOI
See Institutional Repository
Hofmann, B.; Ingold, K.; Stamm, C.; Ammann, P.; Eggen, R. I. L.; Finger, R.; Fuhrimann, S.; Lienert, J.; Mark, J.; McCallum, C.; Probst-Hensch, N.; Reber, U.; Tamm, L.; Wiget, M.; Winkler, M. S.; Zachmann, L.; Hoffmann, S. (2022) Barriers to evidence use for sustainability: insights from pesticide policy and practice, Ambio, 52(2), 425-439, doi:10.1007/s13280-022-01790-4, Institutional Repository