Why does one species of toad live in ponds, while another prefers shingle banks? How does the flora and fauna in a mountain stream change when the glacier has melted away? And how do invasive species affect their new habitat? It is only by answering questions such as these that entire ecosystems can be understood and, to some extent, managed. 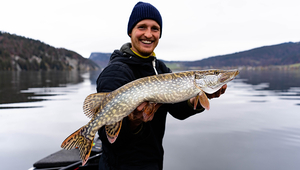 May 13, 2022As of 1 May 2022, Andrin Krähenbühl will head the FIBER fisheries advisory service at the Swiss Federal Institute of Aquatic Science and Technology (Eawag) in Kastanienbaum. The biologist and angler brings with him experience from research and association work. And he is convinced that it serves everyone if the institutions work well together: fisheries, research and biodiversity. 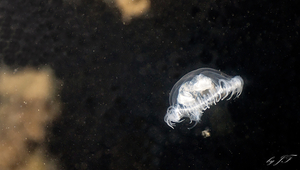 The field of paleolimnology has made tremendous progress in reconstructing past biotic and abiotic environmental conditions of aquatic ecosystems based on sediment records. This, together with the rapid development of molecular technologies, provides new opportunities for studying evolutionary processes affecting lacustrine communities over multicentennial to millennial timescales. From an evolutionary perspective, such analyses provide important insights into the chronology of past environmental conditions, the dynamics of phenotypic evolution, and species diversification. Here, we review recent advances in paleolimnological, paleogenetic, and molecular approaches and highlight how their integrative use can help us better understand the ecological and evolutionary responses of species and communities to environmental change.
See DOI
See Institutional Repository
Cuenca-Cambronero, M.; Courtney-Mustaphi, C. J.; Greenway, R.; Heiri, O.; Hudson, C. M.; King, L.; Lemmen, K. D.; Moosmann, M.; Muschick, M.; Ngoepe, N.; Seehausen, O.; Matthews, B. (2022) An integrative paleolimnological approach for studying evolutionary processes, Trends in Ecology and Evolution, doi:10.1016/j.tree.2022.01.007, Institutional Repository

Chromosomal fusions are hypothesized to facilitate adaptation to divergent environments, both by bringing together previously unlinked adaptive alleles and by creating regions of low recombination that facilitate the linkage of adaptive alleles. But, there is little empirical evidence to support this hypothesis. Here, we address this knowledge gap by studying threespine stickleback (Gasterosteus aculeatus), in which ancestral marine fish have repeatedly adapted to freshwater across the northern hemisphere. By comparing the threespine and ninespine stickleback (Pungitius pungitius) genomes to a de novo assembly of the fourspine stickleback (Apeltes quadracus) and an outgroup species, we find two chromosomal fusion events involving the same chromosomes have occurred independently in the threespine and ninespine stickleback lineages. On the fused chromosomes in threespine stickleback, we find an enrichment of quantitative trait loci (QTL) underlying traits that contribute to marine versus freshwater adaptation. By comparing whole genome sequences of freshwater and marine threespine stickleback populations, we also find an enrichment of regions under divergent selection on these two fused chromosomes. There is elevated genetic diversity within regions under selection in the freshwater population, consistent with a simulation study showing that gene flow can increase diversity in genomic regions associated with local adaptation and our demographic models showing gene flow between the marine and freshwater populations. Integrating our results with previous studies, we propose that these fusions created regions of low recombination that enabled the formation of adaptative clusters, thereby facilitating freshwater adaptation in the face of recurrent gene flow between marine and freshwater threespine sticklebacks.
See DOI
See Institutional Repository
Liu, Z.; Roesti, M.; Marques, D.; Hiltbrunner, M.; Saladin, V.; Peichel, C. L. (2021) Chromosomal fusions facilitate adaptation to divergent environments in threespine stickleback, Molecular Biology and Evolution, 39(2), msab358 (16 pp.), doi:10.1093/molbev/msab358, Institutional Repository

Spatial self-organization is a hallmark of surface-associated microbial communities that is governed by local environmental conditions and further modified by interspecific interactions. Here, we hypothesize that spatial patterns of microbial cell-types can stabilize the composition of cross-feeding microbial communities under fluctuating environmental conditions. We tested this hypothesis by studying the growth and spatial self-organization of microbial co-cultures consisting of two metabolically interacting strains of the bacterium Pseudomonas stutzeri. We inoculated the co-cultures onto agar surfaces and allowed them to expand (i.e. range expansion) while fluctuating environmental conditions that alter the dependency between the two strains. We alternated between anoxic conditions that induce a mutualistic interaction and oxic conditions that induce a competitive interaction. We observed co-occurrence of both strains in rare and highly localized clusters (referred to as “spatial jackpot events”) that persist during environmental fluctuations. To resolve the underlying mechanisms for the emergence of spatial jackpot events, we used a mechanistic agent-based mathematical model that resolves growth and dispersal at the scale relevant to individual cells. While co-culture composition varied with the strength of the mutualistic interaction and across environmental fluctuations, the model provides insights into the formation of spatially resolved substrate landscapes with localized niches that support the co-occurrence of the two strains and secure co-culture function. This study highlights that in addition to spatial patterns that emerge in response to environmental fluctuations, localized spatial jackpot events ensure persistence of strains across dynamic conditions.
See DOI
See Institutional Repository
Ciccarese, D.; Micali, G.; Borer, B.; Ruan, C.; Or, D.; Johnson, D. R. (2022) Rare and localized events stabilize microbial community composition and patterns of spatial self-organization in a fluctuating environment, ISME Journal, doi:10.1038/s41396-022-01189-9, Institutional Repository 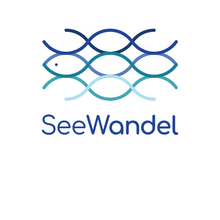 This Interreg project aims to understand the responses of Lake Constance to changing environmental conditions.

SeeWandel: Life in Lake Constance - the past, present and future 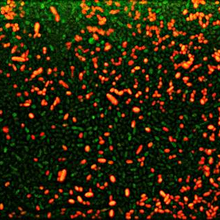 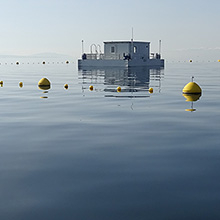 How to investigate the spatial variability in lakes? 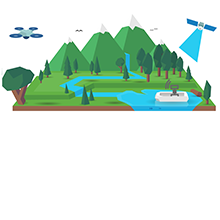 Heterogeneous data platform for operational modeling and forecasting of Swiss lakes in collaboration with the Swiss Data Science Center.