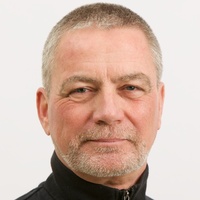 In view of the steadily increasing number of chemical compounds used in various products and applications, high-throughput toxicity screening techniques can help meeting the needs of 21st century risk assessment. Zebrafish (Danio rerio), especially its early life stages, are increasingly used in such screening efforts. In contrast, cell lines derived from this model organism have received less attention so far. A conceivable reason is the limited knowledge about their overall capacity to biotransform chemicals and the spectrum of expressed biotransformation pathways. One important biotransformation route is the mercapturic acid pathway, which protects organisms from harmful electrophilic compounds. The fully functional pathway involves a succession of several enzymatic reactions. To investigate the mercapturic acid pathway performance in the zebrafish embryonic cell line, PAC2, we analyzed the biotransformation products of the reactions comprising this pathway in the cells exposed to a nontoxic concentration of the reference substrate, 1-chloro-2,4-dinitrobenzene (CDNB). Additionally, we used targeted proteomics to measure the expression of cytosolic glutathione S-transferases (GSTs), the enzyme family catalyzing the first reaction in this pathway. Our results reveal that the PAC2 cell line expresses a fully functional mercapturic acid pathway. All but one of the intermediate CDNB biotransformation products were identified. The presence of the active mercapturic acid pathway in this cell line was further supported by the expression of a large palette of GST enzyme classes. Although the enzymes of the class alpha, one of the dominant GST classes in the zebrafish embryo, were not detected, this did not seem to affect the capacity of the PAC2 cells to biotransform CDNB. Our data provide an important contribution toward using zebrafish cell lines, specifically PAC2, for animal-free high-throughput screening in toxicology and chemical hazard assessment.
See DOI
See Institutional Repository
Tierbach, A.; Groh, K. J.; Schoenenberger, R.; Schirmer, K.; Suter, M. J. -F. (2020) Characterization of the mercapturic acid pathway, an important phase II biotransformation route, in a zebrafish embryo cell line, Chemical Research in Toxicology, 33(11), 2863-2871, doi:10.1021/acs.chemrestox.0c00315, Institutional Repository

Zebrafish (Danio rerio) early life stages offer a versatile model system to study the efficacy and safety of drugs or other chemicals with regard to human and environmental health. This is because, aside from the well-characterized genome of zebrafish and the availability of a broad range of experimental and computational research tools, they are exceptionally well suited for high-throughput approaches. Yet, one important pharmacokinetic aspect is thus far only poorly understood in zebrafish embryo and early larvae: their biotransformation capacity. Especially biotransformation of electrophilic compounds is a critical pathway because they easily react with nucleophile molecules, such as DNA or proteins, potentially inducing adverse health effects. To combat such adverse effects, conjugation reactions with glutathione and further processing within the mercapturic acid pathway have evolved. We here explore the functionality of this pathway in zebrafish early life stages using a reference substrate (1-chloro-2,4-dinitrobenzene, CDNB).

Being able to biotransform electrophiles within the mercapturic acid pathway shows that zebrafish early life stages possess the potential to process xenobiotic compounds through glutathione conjugation and the formation of mercapturates. The presence of this chemical biotransformation and clearance route in zebrafish early life stages supports the application of this model in toxicology and chemical hazard assessment.

LC-APCI(-)-MS determination of 1-chloro-2,4-dinitrobenzene, a model substrate for glutathione S-transferases

Zebrafish is a widely used animal model in biomedical sciences and toxicology. Although evidence for the presence of phases I and II xenobiotic defense mechanisms in zebrafish exists on the transcriptional and enzyme activity level, little is known about the protein expression of xenobiotic metabolizing enzymes. Given the important role of glutathione S-transferases (GSTs) in phase II biotransformation, we analyzed cytosolic GST proteins in zebrafish early life stages and different organs of adult male and female fish, using a targeted proteomics approach. The established multiple reaction monitoring-based assays enable the measurement of the relative abundance of specific GST isoenzymes and GST classes in zebrafish through a combination of proteotypic peptides and peptides shared within the same class. GSTs of the classes alpha, mu, pi and rho are expressed in zebrafish embryo as early as 4 h postfertilization (hpf). The majority of GST enzymes are present at 72 hpf followed by a continuous increase in expression thereafter. In adult zebrafish, GST expression is organ dependent, with most of the GST classes showing the highest expression in the liver. The expression of a wide range of cytosolic GST isoenzymes and classes in zebrafish early life stages and adulthood supports the use of zebrafish as a model organism in chemical-related investigations.
See DOI
See Institutional Repository
Tierbach, A.; Groh, K. J.; Schönenberger, R.; Schirmer, K.; Suter, M. J. -F. (2018) Glutathione S-transferase protein expression in different life stages of zebrafish (Danio rerio), Toxicological Sciences, 162(2), 702-712, doi:10.1093/toxsci/kfx293, Institutional Repository

Antifouling (AF) systems provide the most cost-effective protection against biofouling. Several AF biocides have, however, caused deleterious effects in the environment. Subsequently, new compounds have emerged that claim to be more environment-friendly, but studies on their toxicity and environmental risk are necessary in order to ensure safety. This work aimed to assess the toxicity of three emerging AF biocides, tralopyril, triphenylborane pyridine (TPBP) and capsaicin, towards non-target freshwater organisms representing three trophic levels: algae (Chlamydomonas reinhardtii), crustacean (Daphnia magna) and fish (Danio rerio). From the three tested biocides, tralopyril had the strongest inhibitory effect on C. reihardhtii growth, effective quantum yield and adenosine triphosphate (ATP) content. TPBP caused sub-lethal effects at high concentrations (100 and 250 μg L−1), and capsaicin had no significant effects on algae. In the D. magna acute immobilisation test, the most toxic compound was TPBP. However, tralopyril has a short half-life and quickly degrades in water. With exposure solution renewals, tralopyril's toxicity was similar to TPBP. Capsaicin did not cause any effects on daphnids. In the zebrafish embryo toxicity test (zFET) the most toxic compound was tralopyril with a 120 h − LC50 of 5 μg L−1. TPBP's 120 h − LC50 was 447.5 μg L−1. Capsaicin did not cause mortality in zebrafish up to 1 mg L−1. Sub-lethal effects on the proteome of zebrafish embryos were analysed for tralopyril and TPBP. Both general stress-related and compound-specific protein changes were observed. Five proteins involved in energy metabolism, eye structure and cell differentiation were commonly regulated by both compounds. Tralopyril specifically induced the upregulation of 6 proteins implicated in energy metabolism, cytoskeleton, cell division and mRNA splicing whilst TPBP lead to the upregulation of 3 proteins involved in cytoskeleton, cell growth and protein folding. An ecological risk characterization was performed for an hypothetical freshwater marina. This analysis identified capsaicin as an environment-friendly compound while tralopyril and TPBP seem to pose a risk to freshwater ecosystems. Noneless, more studies on the characterization of the toxicity, behaviour and fate of these AF biocides in the environment are necessary since this information directly affects the outcome of the risk assessment.
See DOI
See Institutional Repository
Oliveira, I. B.; Groh, K. J.; Schönenberger, R.; Barroso, C.; Thomas, K. V.; Suter, M. J. -F. (2017) Toxicity of emerging antifouling biocides to non-target freshwater organisms from three trophic levels, Aquatic Toxicology, 191, 164-174, doi:10.1016/j.aquatox.2017.07.019, Institutional Repository

Synthetic glucocorticoids (GCs) are potential endocrine disrupting compounds that have been detected in the aquatic environment around the world in the low ng/L (nanomolar) range. GCs are used as immunosuppressants in medicine. It is of high interest whether clobetasol propionate (CP), a highly potent GC, suppresses the inflammatory response in fish after exposure to environmentally relevant concentrations. Bacterial lipopolysaccharide (LPS) challenge was used to induce inflammation and thus mimic pathogen infection. Zebrafish embryos were exposed to ≤1000 nM CP from ~1 h post fertilization (hpf) to 96 hpf, and CP uptake, survival after LPS challenge, and expression of inflammation-related genes were examined. Our initial experiments were carried out using 0.001% DMSO as a solvent vehicle, but we observed that DMSO interfered with the LPS challenge assay, and thus masked the effects of CP. Therefore, DMSO was not used in the subsequent experiments. The internal CP concentration was quantifiable after exposure to ≥10 nM CP for 96 h. The bioconcentration factor (BCF) of CP was determined to be between 16 and 33 in zebrafish embryos. CP-exposed embryos showed a significantly higher survival rate in the LPS challenge assay after exposure to ≥0.1 nM in a dose dependent manner. This effect is an indication of immunosuppression. Furthermore, the regulation pattern of several genes related to LPS challenge in mammals supported our results, providing evidence that LPS-mediated inflammatory pathways are conserved from mammals to teleost fish. Anxa1b, a GC-action related anti-inflammatory gene, was significantly down-regulated after exposure to ≥0.05 nM CP. Our results show for the first time that synthetic GCs can suppress the innate immune system of fish at environmentally relevant concentrations. This may reduce the chances of fish to survive in the environment, as their defense against pathogens is weakened.
See DOI
See Institutional Repository
Hidasi, A. O.; Groh, K. J.; Suter, M. J. -F.; Schirmer, K. (2017) Clobetasol propionate causes immunosuppression in zebrafish (Danio rerio) at environmentally relevant concentrations, Ecotoxicology and Environmental Safety, 138, 16-24, doi:10.1016/j.ecoenv.2016.11.024, Institutional Repository

Stressor-induced proteome alterations in zebrafish: a meta-analysis of response patterns

Proteomics approaches are being increasingly applied in ecotoxicology on the premise that the identification of specific protein expression changes in response to a particular chemical would allow elucidation of the underlying molecular pathways leading to an adverse effect. This in turn is expected to promote the development of focused testing strategies for specific groups of toxicants. Although both gel-based and gel-free global characterization techniques provide limited proteome coverage, the conclusions regarding the cellular processes affected are still being drawn based on the few changes detected. To investigate how specific the detected responses are, we analyzed a set of studies that characterized proteome alterations induced by various physiological, chemical and biological stressors in zebrafish, a popular model organism. Our analysis highlights several proteins and protein groups, including heat shock and oxidative stress defense proteins, energy metabolism enzymes and cytoskeletal proteins, to be most frequently identified as responding to diverse stressors. In contrast, other potentially more specifically responding protein groups are detected much less frequently. Thus, zebrafish proteome responses to stress reported by different studies appear to depend mostly on the level of stress rather than on the specific stressor itself. This suggests that the most broadly used current proteomics technologies do not provide sufficient proteome coverage to allow in-depth investigation of specific mechanisms of toxicant action. We suggest that the results of any differential proteomics experiment performed with zebrafish should be interpreted keeping in mind the list of the most frequent responders that we have identified. Similar reservations should apply to any other species where proteome responses are analyzed by global proteomics methods. Careful consideration of the reliability and significance of observed changes is necessary in order not to over-interpret the experimental results and to prevent the proliferation of false positive linkages between the chemical and the cellular functions it perturbs. We further discuss the implications of the identified "top lists" of frequently responding proteins and protein families, and suggest further directions for proteomics research in ecotoxicology. Apart from improving the proteome coverage, further research should focus on defining the significance of the observed stress response patterns for organism phenotypes and on searching for common upstream regulators that can be targeted by specific assays.
See DOI
See Institutional Repository
Groh, K. J.; Suter, M. J. -F. (2015) Stressor-induced proteome alterations in zebrafish: a meta-analysis of response patterns, Aquatic Toxicology, 159, 1-12, doi:10.1016/j.aquatox.2014.11.013, Institutional Repository