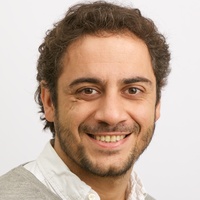 Joaquín Jiménez-Martínez is since 2016 Research Scientist (Group Leader) at EAWAG (Swiss Federal Institute of Aquatic Science and Technology) and Lecturer and Research Associate at the Department of Civil and Environmental Engineering-ETH Zurich as part of the Chair of Groundwater and Hydromechanics. He is also a Guest Scientist at Los Alamos National Laboratory (US). His research focuses on the study of transport and reaction phenomena in porous and fractured media, particularly in multiphase systems. He tackles these problems mainly by experiments performed over scales ranging from micromodels to field scale, and blending them with theory and modeling. After graduating (BSc) in Geological Sciences from the University of Granada (Spain), and obtaining the Certificate of Advanced Studies in Geotechnical Engineering (MSc) at the Technical University of Catalonia (Barcelona, Spain) in 2007, he obtained his PhD degree in Hydrogeology at the same university in 2010. He was then a Postdoctoral Fellow at the CNRS-University of Rennes 1 in France (2010-2012), and subsequently awarded as titular of the International Chair on Environment and Innovation (Foundation Rennes 1) (2012-2014). He completed his formation as a Post-doc Research Associate at Los Alamos National Laboratory, US (2014-2016).

Quantify the links between the physical heterogeneity, including porous and fractured media, and the effective transport behavior: solute dispersion, mixing, and (bio-)chemical reactions.