Our research concentrates on physical and chemical processes in groundwater, surface water and drinking water. We conduct basic and applied research on water resources, water contaminants, and water treatment to contribute to sustainable water management from local to nationwide scales.

Iodine is a naturally-occurring halogen in natural waters generally present in concentrations between 0.5 and 100 µg L-1. During oxidative drinking water treatment, iodine-containing disinfection by-products (I-DBPs) can be formed. The formation of I-DBPs was mostly associated to taste and odor issues in the produced tap water but has become a potential health problem more recently due to the generally more toxic character of I-DBPs compared to their chlorinated and brominated analogues.
This paper is a systematic and critical review on the reactivity of iodide and on the most common intermediate reactive iodine species HOI. The first step of oxidation of I− to HOI is rapid for most oxidants (apparent second-order rate constant, kapp > 103 M-1s-1 at pH 7). The reactivity of hypoiodous acid with inorganic and organic compounds appears to be intermediate between chlorine and bromine. The life times of HOI during oxidative treatment determines the extent of the formation of I-DBPs. Based on this assessment, chloramine, chlorine dioxide and permanganate are of the highest concern when treating iodide-containing waters. The conditions for the formation of iodo-organic compounds are also critically reviewed.
From an evaluation of I-DBPs in more than 650 drinking waters, it can be concluded that one third show low levels of I-THMs (<1 µg L-1), and 18% exhibit concentrations > 10 µg L-1. The most frequently detected I-THM is CHCl2I followed by CHBrClI. More polar I-DBPs, iodoacetic acid in particular, have been reviewed as well.
Finally, the transformation of iodide to iodate, a safe iodine-derived end-product, has been proposed to mitigate the formation of I-DBPs in drinking water processes. For this purpose a pre-oxidation step with either ozone or ferrate(VI) to completely oxidize iodide to iodate is an efficient process. Activated carbon has also been shown to be efficient in reducing I-DBPs during drinking water oxidation.
See DOI
See Institutional Repository
MacKeown, H.; von Gunten, U.; Criquet, J. (2022) Iodide sources in the aquatic environment and its fate during oxidative water treatment - a critical review, Water Research, 217, 118417 (21 pp.), doi:10.1016/j.watres.2022.118417, Institutional Repository
Araya, D.; Podgorski, J.; Berg, M. (2022) How widespread is fluoride contamination of Ghana's groundwater?, Water Science Policy, (4 pp.), doi:10.53014/OGJS9699, Institutional Repository 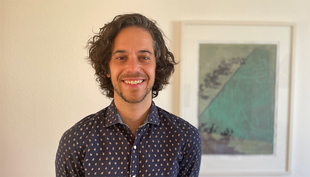 Oliver Schilling is newly appointed Professor of Hydrogeology at the University of Basel, where he is setting up a research group that is also associated with the Eawag Water Resources and Drinking Water Department in Dübendorf.... 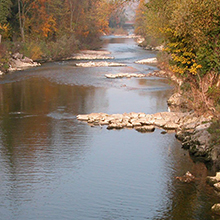 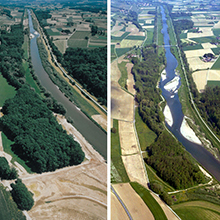 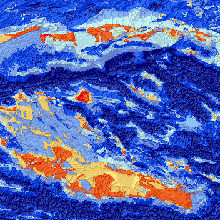