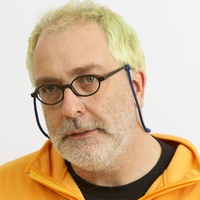 Research Scientist, head of the research group of Environmental Isotopes

My research group at Eawag uses transient tracers and time-series analysis to study physical processes operating in the aquatic environment and to analyze the response of water bodies to environmental and climate change. The group analyzed deep water formation in the world's largest inland water masses, such as Lake Baikal, the Caspian and the Black Sea, and to determine helium emanation in lakes. The research on groundwater is focused on paleoclimatic reconstructions using noble gases and the analysis of the physics of gas/water partitioning in porous media. Recently, these methods have been broadened to determine past groundwater levels and to reconstruct the response of Pleistocene groundwater to the last glaciation. Most recently the group started to apply rigorous statistical methods to analyze the instrumental record of groundwater monitoring to determine the impact of recent climate change on ground water quality. The group is an acknowledged leader in using noble gases as tracers in novel aquatic environments, such as fluid inclusions in stalagmites, the porewater of unconsolidated lacustrine sediments and even blood. The research on sediments has been successful in reconstructing lake level changes, determining past methane production and emanation and analyzing terrestrial helium emanation. Its leading analytical expertise allowed the group for the first ever to reconstruct past climate evolution and to determine the fluid transport in upper most part of the continental crust from 200m long sediments cores of the ICDP drilling program in Lake Van.
I hold a PhD in Natural Science from the Swiss Federal Institute of Technology (ETH) and I am Adjunct Professor at the Department of Environmental Systems Science, where I lecture  on aquatic physics and tracer hydrology.

• Development and
application of noble gases
and other transient tracer
methods as well as
isotopic techniques
in environmental science
(e.g. development of
portable devices for online
gas determination in the
field)