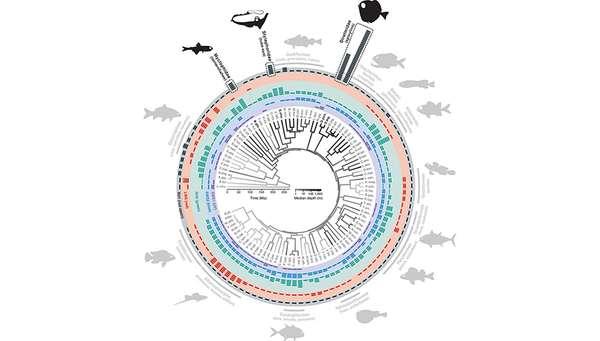 Among these, the silver spinyfin (Diretmus argenteus) stands out as having the highest number of visual opsins in vertebrates (two cone opsins and 38 rod opsins). Spinyfins express up to 14 RH1s (including the most blueshifted rod photopigments known), which cover the range of the residual daylight as well as the bioluminescence spectrum present in the deep sea. Our findings present molecular and functional evidence for the recurrent evolution of multiple rod opsin–based vision in vertebrates.