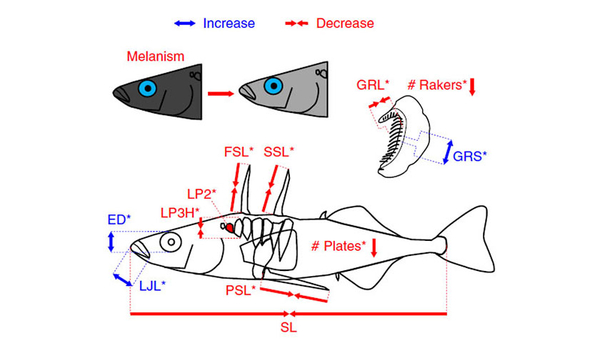 How quickly can organisms adapt to a new habitat? To answer this question, Tom Reimchen from the University of Victoria, Canada, set up a selection experiment in 1993 and let three-spined sticklebacks from a large lake evolve in a small pond for 19 years.

Analyses by David Marques at Eawag / University of Bern, which have just been published in Nature Ecology & Evolution, now show that natural selection has led to very rapid and predictable adaptations in genes responsible for enemy defence, body colouration and colour vision.