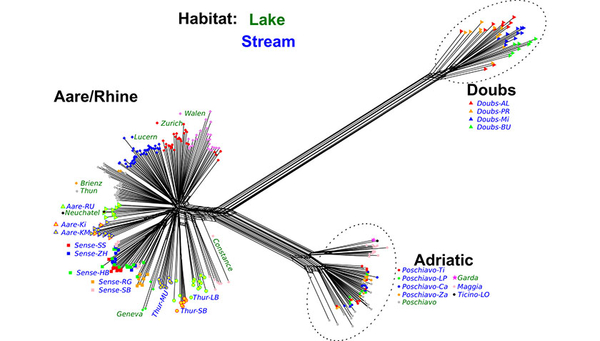 Kay Lucek and colleagues have found that within the Aare catchment, populations from geographically distant lakes are more closely related to each other than to nearby river populations. This pattern is consistent with two distinct colonisation waves rather than parapatric ecological speciation after a single colonisation wave.

Furthermore, they find two depth distribution modes in three lakes of the Aare catchment (shallow and deep) and significant genome-wide dieferencing between them in one lake. The bullheads of the Aare catchment may be in an early stage of adaptive radiation with the development of a lake lineage distinct from the parapatric river bullheads and the repeated onset of depth-adapted differentiation.