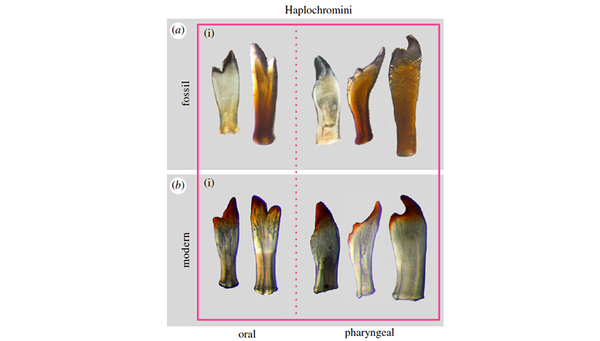 Moritz Muschick and colleagues searched sediment cores from Lake Victoria for fossils in layers before and after the lake dried up to test the "priority effect" hypothesis.

They were able to show that the cichlids were not the first to arrive in the lake basin, which was filling up again 15,000 years ago, but that other evolutionary lineages such as cyprinids and 'tilapia' were also already present. So it was not the reduced competition with other species that enabled the haplochromine cichlids to make such a radiation.