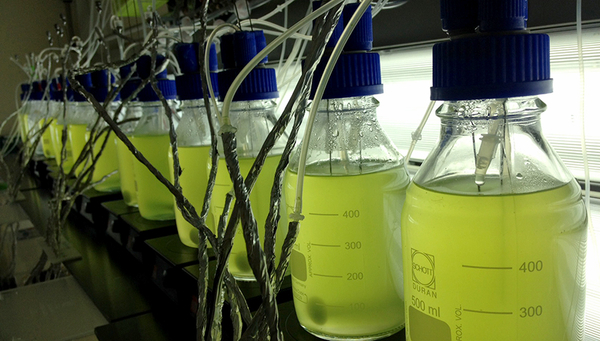 When the unicellular alga Chloralla variablis and its deadly opponent, the chlorovirus, wrestle with each other, the same thing comes out again and again in various identical experiments: After repeated phases of collapse and recolonisation, most of the algae cells are resistant to the pathogen in each repeated experiment.

According to researchers at the Max Planck Institute for Evolutionary Biology in Plön and Eawag Kastaninebaum, evolution can proceed similarly under the same starting conditions and produce the same characteristics. The genetic material is quite different: in each repetition of the experiment, the algae carry different mutations. The scientists thus show that the evolution of new properties can proceed in parallel, even if the underlying genes develop differently.