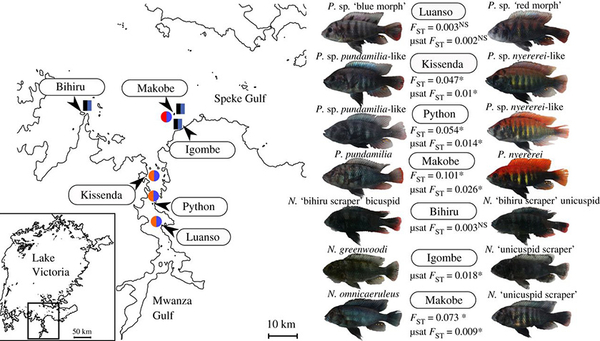 Jacco van Rijssel, Florian Moser, David Frei and Ole Seehausen have published a new paper in Proceedings of the Royal Society B on the influence of disruptive selection on gene flow in the evolutionary process. They ask whether differences in current divergent ecological selection can explain differences in genetic divergence between sympatric species. They have investigated this by comparing seven species pairs at different stages of speciation.