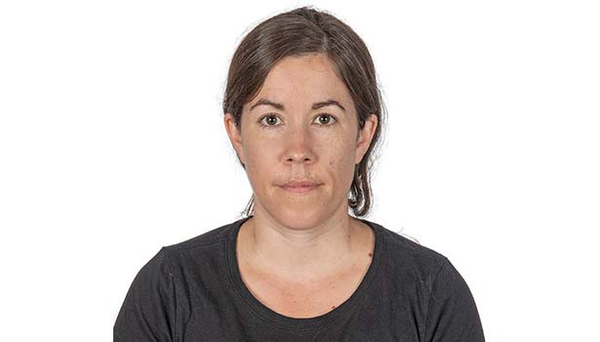 For her PhD thesis "On the genetic architecture of an adaptive radiation", Anna Feller has won the University of Bern's Faculty Prize 2021 in Biology. The Faculty Prizes are awarded once a year for each department. We congratulate her warmly!

Anna Feller, who recently joined Harvard University in the USA as a postdoctoral researcher, previously conducted research at Eawag in the Fish Ecology & Evolution department. Her dissertation focused on the cichlids in East Africa's Lake Victoria. After the lake dried up until about 15,000 years ago, it filled with water again and was colonised by cichlids and other fish. Descended from the first cichlids that colonised the lake, around 500 new cichlid species evolved in a relatively short time. These species differ in various characteristics: from shape and colour to food source and behaviour. In her PhD thesis, Anna addressed the question of how it was possible for so many new species to evolve in such a short time and in a relatively limited geographical area. Her focus was particularly on the genetic aspect of various traits. She investigated, for example, whether a certain trait is encoded by a single gene or by many genes. Or whether there are genetic incompatibilities between species that prevent different cichlid species from reproducing with each other.

Anna received the award at the PhD celebration and sees her findings as a basis for further research: "I think that my work is a good example of solid basic research that provides a few important pieces of the puzzle that, taken as a whole, help us to understand big biological questions better and better - such as the question of the origin of new species". She has been working on the topic for four years. She says: "The award was a nice proof that the effort of the last years was worth it and also that my research is well received - that motivates me!

Anna will now spend two years as a postdoctoral researcher at Robin Hopkins at Harvard University in the USA. This was made possible by a mobility grant from the Swiss National Science Foundation (SNSF). Afterwards, she would like to return to Switzerland, where she will continue to work in academic research.