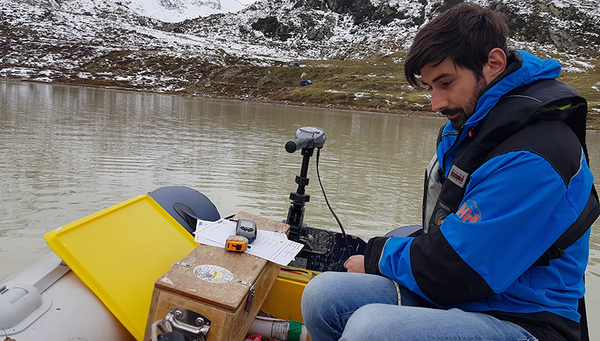 Inventory and evolution of glacial lakes since the Little Ice Age: lessons from the case of Switzerland

Retreating glaciers give way to new landscapes with lakes as an important element. In this study, we combined available data on lake outlines with historical orthoimagery and glacier outlines for six time periods since the end of the Little Ice Age (LIA; ~1850). We generated a glacial lake inventory for modern times (2016) and traced the evolution of glacial lakes that formed in the deglaciated area since the LIA. In this deglaciated area, a total of 1192 lakes formed over the period of almost 170 years, 987 of them still in existence in 2016. Their total water surface in 2016 was 6.22 ± 0.25 km2. The largest lakes are > 0.4 km2 (40 ha) in size, while the majority (> 90%) are smaller than 0.01 km2. Annual increase rates in area and number peaked in 1946–1973, decreased towards the end of the 20th century, and reached a new high in the latest period 2006–2016. For a period of 43 years (1973–2016), we compared modelled overdeepenings from previous studies to actual lake genesis. For a better prioritization of formation probability, we included glacier-morphological criteria such as glacier width and visible crevassing. About 40% of the modelled overdeepened area actually got covered by lakes. The inclusion of morphological aspects clearly aided in defining a lake formation probability to be linked to each modelled overdeepening. Additional morphological variables, namely dam material and type, surface runoff, and freeboard, were compiled for a subset of larger and ice-contact lakes in 2016, constituting a basis for future hazard assessment.
See DOI
See Institutional Repository
Mölg, N.; Huggel, C.; Herold, T.; Storck, F.; Allen, S.; Haeberli, W.; Schaub, Y.; Odermatt, D. (2021) Inventory and evolution of glacial lakes since the Little Ice Age: lessons from the case of Switzerland, Earth Surface Processes and Landforms, 46(13), 2551-2564, doi:10.1002/esp.5193, Institutional Repository