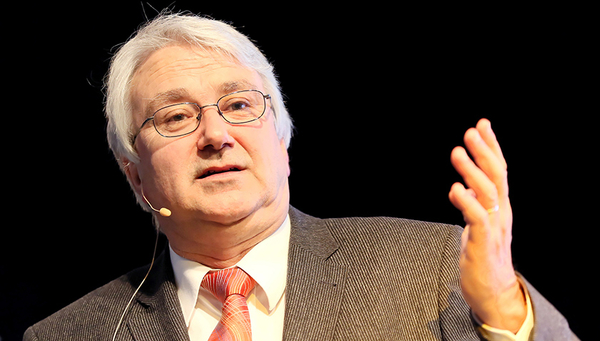 At its meeting on 10 and 11 December 2014, the ETH Board elected Johny Wüest to become a member of the Eawag Directorate. He will take office on 1 March 2015 as successor to Prof Bernhard Wehrli, who represented Kastanienbaum in the Directorate and will leave office at the end of February 2015.

Following his studies in particle physics at the University of Zurich and postgraduate work in “Urban Hydrology und Water Management” at Eawag, Johny Wüest received his doctorate from the ETH/Eawag, with Prof DM Imboden as his dissertation supervisor. On his return from a postdoc position in the US, he took up a post as Group Leader in the Environmental Physics Department and later in the Applied Aquatic Ecology and Surface Waters Departments, managing these groups for 6 years each, from 2000 and 2006 respectively. Since 2002 he has been titular professor of Aquatic Physics at the ETH Zurich. In 2012 Johny Wüest was appointed full professor for the Physics of Aquatic Systems, holding the Margaretha-Kamprad chair, and since 2013 he has managed the Limnology Center at the EPF Lausanne.

From 2002 to 2006 Johny Wüest led the interdisciplinary Brienzersee Expert Group. At present, numerous energy-related themes top his project list. Among these topics are questions concerning the ecological effects of pumped storage in hydroelectric plants and modelling the considerable energy recovery possibilities in lakes. For the Competence Center Environment and Sustainability in the ETH Domain (CCES) he was in charge of studies on integral water management in the Zambesi basin.

As a member of the Directorate, Johny Wüest will represent Eawag Kastanienbaum and the interdisciplinary ecological physics research area. He will thus support the efforts of Eawag to place more emphasis on energy-related research and its environmental applications. His professorship in Lausanne gives Eawag a presence in western Switzerland and projects on Lake Geneva.