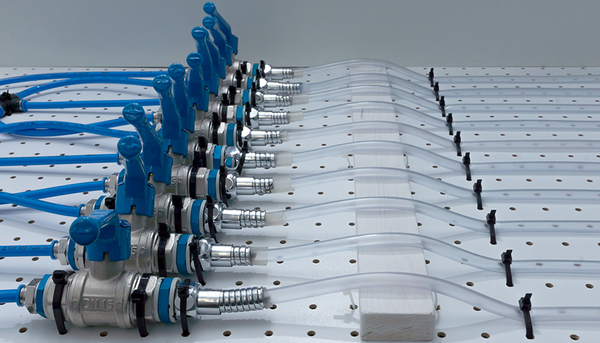 The pipe material used for shower hoses or tap connections influences the type and amount of bacterial growth. This was shown by an Eawag study in which the microbiological impact of six commonly used plastic pipe materials was compared in a shower simulator over an eight-month period.

Materials approved for drinking water applications were shown to leach less organic carbon; this was associated with less microbial growth. After eight months, biofilm concentrations on the various materials ranged from 2 million to 200 million cells per square centimetre. Genera common to all biofilm samples accounted for just 44 per cent of all sequences. It was notable that genera containing opportunistic pathogens were more common in low-biomass pipes. According to the researchers, plastic materials could be developed which not only support less microbial growth but also promote the presence of non-pathogenic bacteria.