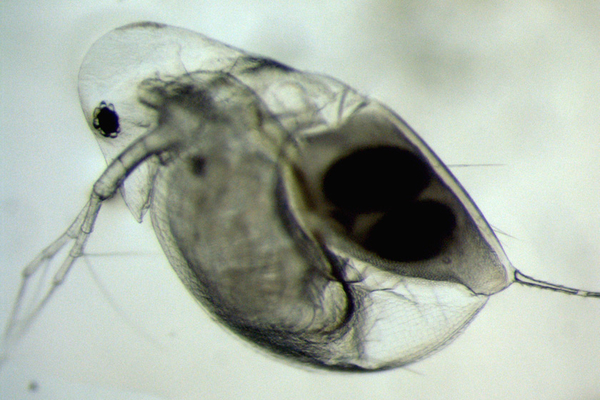 Researchers at Eawag have brought daphnia back to life that were more than 40 years old. They then tested the organisms’ varying reactions to lead pollution. The experiment demonstrates how quickly organisms can adapt to dynamic environmental conditions.

The team – consisting of Patrick Turko, Piet Spaak, Laura Sigg and Juliane Hollender – retrieved the eggs from sediments in Lake Greifen and brought them to the laboratory to hatch. Daphnia from the 1960s, the 1980s and the present day were used for the purposes of comparison and exposed to a relatively high concentration of lead. The researchers measured the reproductive rate of the organisms, which served as an indicator of the resistance of the daphnia to the disruptive factor. The organisms from the 1960s and 1980s proved to be more resistant to water-borne lead pollution than the modern conspecifics. The researchers put this down to the rapid adaptation processes of the organisms in the changing environment. Between 1920 and 1960, petrol still contained an increased amount of lead, which led to the concentration in water being five times as high. When the lead pollution was reduced again, however, the daphnia were no longer resistant to it. This shows that such adaptation processes can be lost within just a few decades.