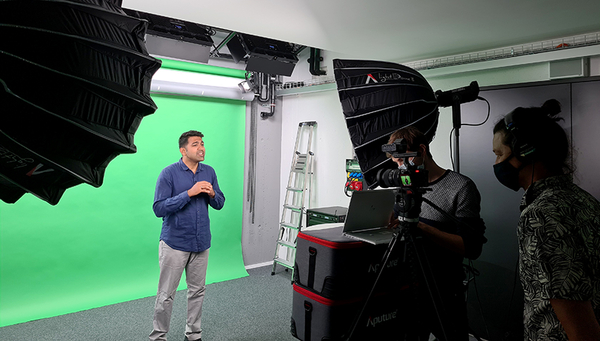 Over the last six years, more than 160,000 people around the world have participated in online courses offered by Eawag, thus acquiring valuable knowledge about, for example, sanitation systems or municipal solid waste management.

Many middle- or low-income countries suffer from a lack of personnel suitably trained in, for example, the maintenance of urban drinking water systems or composting of organic waste. To enable people in these regions to access high-quality training, a series of Massive Open Online Courses (MOOCs) has been developed by Eawag’s Sanitation, Water and Solid Waste for Development department (Sandec).

With their promise of free access to education worldwide, MOOCs have become increasingly popular since 2012 and now complement traditional education models. In Switzerland, Sandec scientists were among the pioneers of this approach in 2014. Initially, however, these courses were only accessible for six weeks per year. It was only when they began to be offered continuously – from 2016 – that “the full potential of our MOOCs was realised,” says Fabian Suter, manager of Sandec’s digital learning programme. Since then, the courses have been available free of charge to anyone interested, any time, anywhere. From January 2016 to February 2020, an average of 1,581 new learners enrolled each month. Then, from March 2020, the Covid-19 pandemic led to a fourfold increase in enrolment numbers. “With an additional investment of one or two hours a week, we were supervising 6,000 instead of 1,500 learners,” says Suter. In 2021, the figures gradually returned to pre-pandemic levels.

Sandec’s MOOC series attracts, in particular, young, well-educated, employed learners from Asia, Latin America and Africa. The course content has been expanded by numerous local partners to provide a contextualised learning experience. And, above all, the platform enables numerous learners from around the world to interact and help each other. “In this way, a community is formed,” says Suter.

Cover picture: Since 2021, MOOCs have been recorded at the video studio in the new FLUX building. (Photo: Fabian Suter, Eawag)