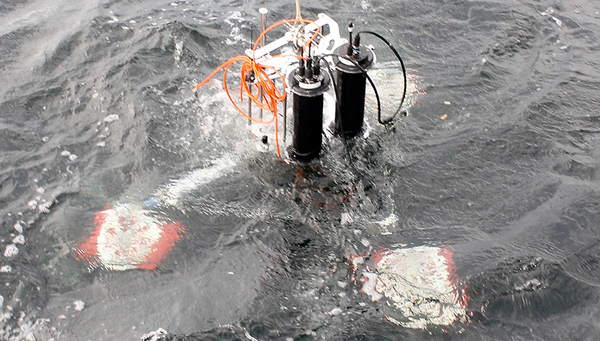 Although nutrient inputs to Swiss lakes are today much lower than they were before the introduction of phosphate precipitation at wastewater treatment plants and the ban on phosphates in detergents, many lakes are still affected by oxygen depletion – especially in the deeper waters. This is shown by a study carried out on Lake Geneva by aquatic systems physicists at Eawag and EPFL. In the study, oxygen concentrations were measured throughout the water column with the aid of a submersible robot, and the data was used to develop a model of oxygen depletion processes. Over the past fifty years, the proliferation of algae associated with eutrophication led to the accumulation of large amounts of organic matter on the lake bottom. This is still being broken down by microorganisms, which consume a lot of oxygen in the process: according to the study, the sediments account for almost a third of total oxygen depletion in Lake Geneva. While the scientists expect conditions to improve gradually, this will take some time. In addition, climate change will continue to have an impact, as it affects lake mixing and thus oxygen distribution within the lake.