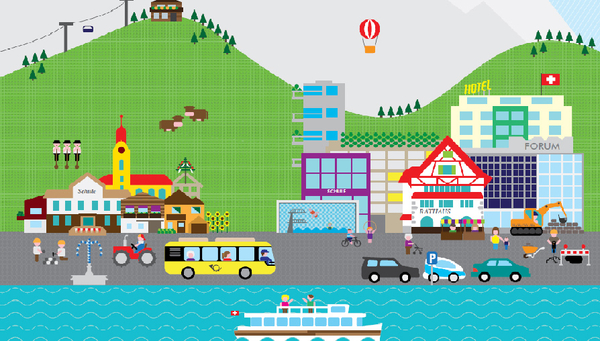 The engineering firm Hunziker Betatech has devised an unusual 50th anniversary present for itself: a study of the condition of the water and sewage pipes in Switzerland. This study was undertaken by the Gottlieb Duttweiler Institute with help from Eawag researchers. Their conclusion: beware of an investment backlog!

Anniversaries are usually celebrated with a party and a retrospective. For a medium-sized enterprise to instead commission a study from the Gottlieb Duttweiler Institute is certainly a departure from the norm, but this is exactly what the engineering firm Hunziker Betatech AG has done. “We want to look to the future as well”, says Peter Hunziker, who has been director of the company (founded in 1963) for 16 years, and a member of the Eawag Advisory Commission. And because Hunziker Betatech specialises in civil engineering, the direction of their gaze is turned towards the condition of water and waste water pipes and roads in Switzerland. The study entitled “Aufbruch im Untergrund” (Cracking up underground) published last week, points to the condition and urgent need for renovation of the infrastructure, built in the 1960s and ‘70s often with substantial financial assistance from the federal government. The study shows that the pipes in smaller communities are in a particularly poor condition, and urges the Cantons to take more responsibility for managing the situation