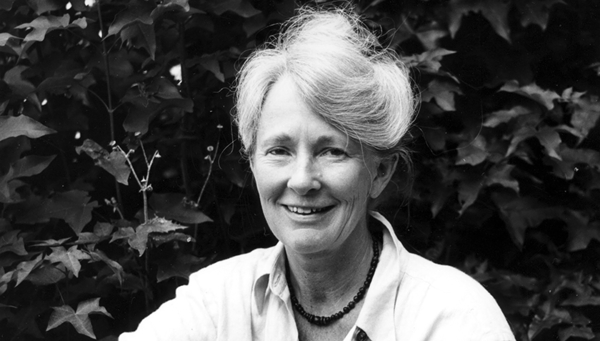 Her work included analysing chemical and physical data gathered by the national measurement network NADUF, as well as studying the availability of heavy metals in lakes. Alongside her “classical” scientific work, she always concerned herself with issues of sustainability and the limits to growth.

Her relatives write poignantly in the obituary: “She devoted her life to a more sustainable and conscious treatment of our planet”. This meant that Joan Davis was involved in a large number of committees and boards, and campaigned vehemently in favour of organic farming (see www.ifoam.bio/en/joandavismemorialfund for more on this). Examples of this include her participation on the advisory board of the Wuppertal Institute for Climate, Environment and Energy, and her work with Oikos to promote sustainability.

Back in 1972, the year in which Dennis Meadows published his book “The Limits to Growth”, Joan Davis invited the young author to give a seminar at Eawag. From 1983 onwards, she was a member of the “Balaton Group“, founded by Donella and Dennis Meadows, a network of sustainability researchers from over 30 countries that is still active today. She regularly invited the steering committee of this group to her home in Eglisau, and later, Wallisellen.

Since retiring in 1999, she had concerned herself in general with the special characteristics of water and the advantages of organic farming for water and the environment. She occasionally expressed unconventional views about the subtle physical influences on water and the memory of water, which were not shared by all of her academic colleagues. However, it is thanks to her profound knowledge and her great empathy for all those around her, that no-one could leave a discussion with her without finding themselves reflecting on the issues afterwards. In the digital memorial book, Dennis Meadows writes: “I never knew whether she was a magician who practiced science or a scientist who practiced magic. But she believed in both.”

The funeral service will take place on 17 February (her birthday) 2016 at 2pm in the Wasserkirche in Zurich.