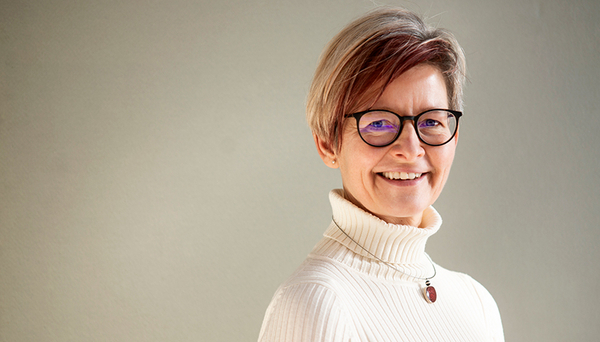 Kristin Schirmer joined Eawag in 2008 as the new head of the Environmental Toxicology department. She had already qualified as a professor in 2006 at the ETH Zurich (ETHZ) where she taught ecotoxicology. In 2011, she began teaching at the EPF Lausanne and was awarded the title of professor. The appointment of ETHZ now closes the circle for Schirmer. In her teaching, she appreciates the interaction with students. “I like critical voices and want to motivate students to question current developments,” she says.

Cells of the rainbow trout

Schirmer studied biology at the universities of Halle-Wittenberg and Hohenheim (both in Germany). She obtained her doctorate in the mid-1990s at the University of Waterloo (CAN) on in-vitro toxicity tests with rainbow trout (Oncorhynchus mykiss) cells. She continued this work as a postdoc and group leader at the Leipzig Helmholtz Centre for Environmental Research and subsequently at Eawag. A cell test developed by her research group is now a valid alternative to animal testing to check how toxic chemicals or water samples affect fish. This is an important step, which, for example, decides whether new substances can be approved for the market.

The certification by the Organisation for Economic Cooperation and Development (OECD) of the standardised cell test developed by Schirmer is within reach – and may in future eclipse special tests on live fish. Schirmer’s work for animal-free test methods is therefore of great importance. This is also the view of the Swiss 3R Competence Centre. The association wants to replace, reduce and refine animal testing and in 2019 presented the researcher and her colleague Melanie Fischer (also at Eawag) with the 3Rs Award for their research.

In this video, Kristin Schirmer and Melanie Fischer explain how their method works and the path they had to take to get it validated.