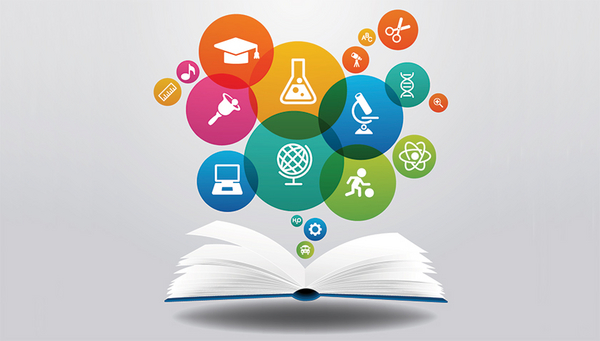 Open Science is an important development in science - open access to the results of research. Eawag supports these and makes a growing part of its research data, including descriptions, images and even software, available publicly and free of charge on the Eawag platform ERIC or, in special cases, on discipline-specific, international databases. ERIC complements the long-standing platform DORA for scientific publications.

The aim of Open Science is to make scientific results and findings accessible worldwide. Both research data (Open Research Data) and scientific publications (Open Access) should be made available and free of charge via digital platforms. In this way, science aims to promote the reuse of its data and strengthen cooperation within the research community and with players from administration and industry, for example, across disciplines and national borders. Other important goals of Open Science are transparency and reproducibility of scientific research. Furthermore, Open Science can also promote the commercial reuse of data and new business models or spin-offs.

Eawag supports the principle of Open Science “The open exchange within the scientific community stimulates research immensely,” says Peter Reichert, Eawag representative on the Open Research Data steering committee of the ETH Domain. “Other researchers have different backgrounds and ideas. That’s how new projects and insights emerge.” For this reason, Eawag began building the ERIC (Eawag Research Data Institutional Collection) platform in 2019. Eawag researchers can publish their research results there under the FAIR principles - Findable, Accessible, Interoperable and Reusable. ERIC is registered in the Registry of Research Data Repositories (re3data.org) and is recognised by funders and journals as a FAIR Data repository.

“So far, about 100 data packages on different water topics can be found on ERIC,” says Harald von Waldow, ERIC Project Manager - for example, data on drugs in wastewater in 120 cities in 37 countries; data and software documenting how sanitation system technology can be optimised for a small Nepalese town; data on pesticide contamination of surface waters in Switzerland; estimates of nitrous oxide emissions from wastewater treatment plants in Switzerland; data on the ice coverage of six Swiss lakes.

In addition to the measurement data, the packages also contain further information such as documentation, images or software. “Unless otherwise indicated, the data may be reused without restriction,” explains von Waldow. For all datasets on ERIC, as for scientific publications, a digital object identifier (DOI) is registered so that the data can be unambiguously referenced, cited and found globally. Also registered are descriptions of the datasets, which are indexed by specialised search engines. The work of the researchers thus becomes more visible.

Eawag has been making its scientific publications such as articles, books and reports available on the DORA (Digital Object Repository at Eawag) since 2016. “Of the Eawag publications from 2020 and 2021, around 85 percent are publicly accessible. This means that Eawag is a pioneer in open access within the ETH Domain and also throughout Switzerland,” says Lothar Nunnenmacher, head of the Lib4RI that developed and now also operates DORA.

News of the ETH Board, 1 July 2021: «The ETH Board and the institutions of the ETH Domain are investing more heavily in measures aimed at continued implementation of Open Research Data.»

On 11 May 2021, the Swiss Academies of Arts and Sciences published a Code of Scientific Integrity. The Code requires, among other things, that scientists make their research data publicly available in application of the FAIR principles.