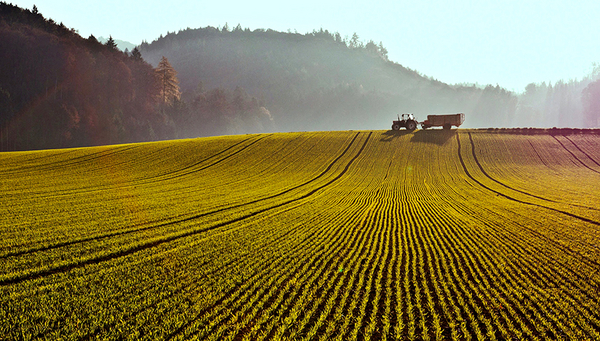 According to a study funded by the Federal Office for the Environment, pesticides or transformation products can persist in soils for a decade or more. In the study, Eawag and Agroscope scientists analysed topsoil samples collected from 14 agricultural sites between 1995 and 2008 as part of the Swiss Soil Monitoring Network programme. The results were compared with data on pesticide application obtained from farmers for the relevant period. For the majority of sites, 10 to 15 pesticides were detected in the soil samples, with concentrations ranging from 1 to 330 micrograms per kilogram dry weight. Some of the compounds identified by the screening method had not been reported; these were generally assumed to be residues of pesticides applied prior to 1995. In addition, transformation products were detected for almost half of the parent compounds applied. The researchers conclude that soil monitoring under real-life conditions would be a useful complement to the laboratory studies of pesticide degradation which are required for registration.