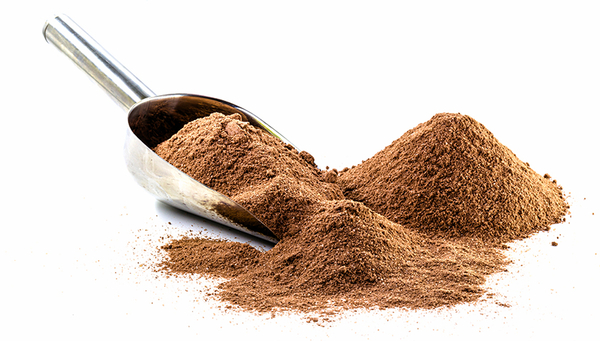 Rare earth metals such as cerium and gadolinium are increasingly entering wastewater from industry, but also from hospitals. This is shown by Eawag’s investigations at 63 wastewater treatment plants in Switzerland.

Today, almost nothing works without rare earth metals. There would be no smartphones, flat screens, LED lamps, rechargeable batteries, electric motors and many other electronic devices. In the high-tech industry, for example in the automotive, electronics and energy sectors and in medicine, it is impossible to imagine life without these valuable raw materials. It is therefore of increasing interest to know where these rare earth metals disappear to after use.

On behalf of the Federal Office of the Environment FOEN, the aquatic research institute Eawag has now for the first time taken a closer look at rare earth elements in Swiss wastewater. A team of researchers from the two departments of Process Engineering and Water Resources and Drinking Water investigated the sewage sludge from 63 Swiss wastewater treatment plants (WWTPs). The most important thing first is that rare earth metals, which are used in industry and hospitals, often end up in wastewater.

The challenge: Distinguishing between natural and human sources

First, the research team estimated what proportion of the rare earth metals came from natural sources. This is the only way to assess what proportion is added by humans. To do this, the researchers analysed soil samples from Switzerland, taking into account the PAAS values (post-Achaean Australian shales), which reflect the average composition of rare earth elements in the earth’s crust. This is how they obtained the naturally occurring composition of the rare earth elements in Switzerland – the background measurement. In addition, the research team developed two new methods to deduce the proportions from industrial sources from the concentrations measured in the wastewater and the natural sample.

The findings: in the sewage sludge of most WWTPs, the concentrations of rare earth elements found correspond to the natural background measurement. However, in a few WWTPs, particularly those of Yverdon, Bioggio, Hofen and Thal, the concentrations of individual rare earth metals were significantly higher. The research team concluded that rare earth metals are not used on a large scale, but come from highly-specialised applications in industry.

The highest concentrations were found for the rare earth cerium. Cerium is often used as an abrasive in industry. Extrapolated for Switzerland, more than 4,000 kilograms of cerium reach the WWTPs every year, around half of which comes from industrial applications. A very large proportion of this remains in the sewage sludge, around 95 percent. The rest ends up in the environment. The researchers therefore assume that elevated cerium concentrations will also be found in lakes, rivers and groundwater in the near future.

Rare earth elements such as cerium (Ce) and gadolinium (Gd) occur naturally, but are also used increasingly in industry and hospitals. The rare earth elements enter wastewater treatment plants (WWTPs) via wastewater. A large part of the cerium is separated in the sewage sludge. However, almost no gadolinium is retained in the WWTP; it flows into the aquatic environment with the treated wastewater. (Graphic; Ralf Kägi, Eawag)

Gadolinium is a special case. Elevated concentrations were already detected in water bodies in Europe 20 years ago. The source was assumed to be the wastewater from hospitals. In the current Eawag study, the researchers found around 80 percent of the total gadolinium content originating from industrial sources in the Ramsen WWTP near Lake Constance on the German-Swiss border. The WWTP treats wastewater from the town of Singen in Germany, where a cancer centre with MRI facilities is located. The region is also home to industries that produce large quantities of gadolinium-based contrast agents. The findings therefore confirm the previous assumption that the gadolinium found in sewage sludge can be traced back to the production and use of contrast agents. Appropriate measures to reduce the input of industrial gadolinium into wastewater by industry have already been taken and will lead to a significant reduction in the gadolinium load.

Unlike the other rare earth elements, the concentration of lanthanum is elevated in the sewage sludge of all WWTPs investigated. One possible cause could be biological processes that alter the retention of lanthanum in sewage sludge. Another explanation could be the use of lanthanum-enriched fertilisers in agriculture. However, the extent to which biological processes or fertilisers are responsible for the increased values needs to be investigated in more detail.

The study was commissioned and financed by the Federal Office for the Environment FOEN.

Rare Earth Elements (REEs) are used in increasing amounts in technical applications and consumer products. However, to date, the contribution of industrial sources to the loads of individual REEs in wastewater streams have not been quantified. Here, we determine the REE contents in sludge collected from 63 wastewater treatment plants (WWTPs) across Switzerland. To quantify the industrial fraction of individual REEs in the sewage sludge, we develop two complementary approaches, based on REE ratios and REE pattern fitting. Unspecific (background) inputs, with REE patterns similar to the averaged REE pattern of soils collected across Switzerland, dominate the REE budget of most WWTPs. A few WWTPs receive significant REE inputs from specific industrial sources. Based on population equivalents of Switzerland, we estimate a total annual load of 4200 kg Cerium (Ce, 0.5 g Ce year-1 capita-1), with an industrial contribution of 2000 kg year-1. The latter agrees with estimates of probabilistic mass flow models for engineered nanoscale CeO2 particles discharged to the sewer network. About 7 kg year-1 of Samarium (Sm,total for Switzerland: 184 kg year-1 or 0.02 g Sm year-1 capita-1) and 3 kg year-1 of Europium (Eu,total for Switzerland: 44 kg year-1 or 0.005 g Eu year-1 capita-1) are assigned to industrial inputs from single WWTPs. Gadolinium (Gd) is used in the form of a stable complex as contrast agent in magnetic resonance imaging. Assuming 10% removal of Gd during wastewater treatment, we calculate an annual discharge of 90 kg of Gd from one individual WWTP to surface waters. WWTPs with exceptionally high industrial inputs of specific REEs warrant detailed investigations to identify the respective sources and to assess whether REE concentrations in effluents are elevated to the same degree.
See DOI
See Institutional Repository
Kaegi, R.; Gogos, A.; Voegelin, A.; Hug, S. J.; Winkel, L. H. E.; Buser, A. M.; Berg, M. (2021) Quantification of individual Rare Earth Elements from industrial sources in sewage sludge, Water Research X, 11, 100092 (11 pp.), doi:10.1016/j.wroa.2021.100092, Institutional Repository