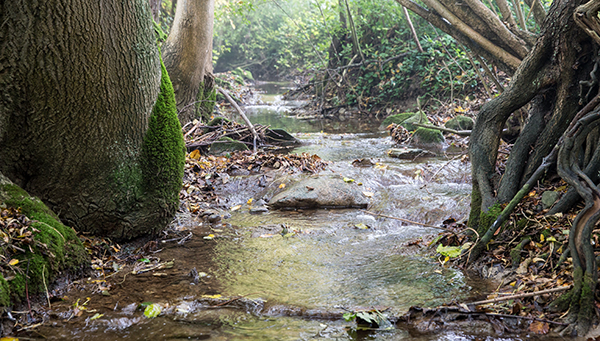 Decisions in water management are often associated with large uncertainties. Quantifying and communicating these uncertainties is crucial for science to support transparent decision-making in society.

How can research support decisions in water management practice, even if much is still uncertain? When managing rivers, for example, the forecasts of what consequences various measures will have are often fraught with uncertainties. It is also not always clear which status is to be achieved in the end with river revitalisation projects, because different stakeholders sometimes pursue different goals, such as recreation, nature conservation, flood protection, fishing or energy generation – and therefore assess possible outcomes in contradictory ways. Nevertheless, a decision ultimately has to be made despite the uncertainties.

Decision support instead of recommendations for action

In such situations, research tries to support administration and politics with formal procedures for decision-support. Instead of making recommendations for action, the aim of these procedures is to openly present the variety of possible measures and to show which of the proposed or newly developed alternatives best fulfils the goals of society. In this way, the reasons for the decisions are to be made transparent in order to be able to justify them to society.

On the one hand, the researchers use scientific forecasts to show the consequences of the options for action, for example how river revitalisation affects the organisms in the water bodies, the chemistry and the morphology. On the other hand, scientific methods are used to record the often wide range of social objectives, to discuss them in a structured way and then to formulate a clear goal. Because often at the beginning of a river revitalisation project there is only a vague goal, namely a "good ecological state". But what exactly does this mean for the fish in the river, for the invertebrates, the water quality and the morphological features? With qualitative analyses of the different objectives, researchers can support the decision-makers and involved stakeholders to create a hierarchy of objectives and finally define a common goal.

Figure 1: Hierarchy of objectives and assessment of objectives at all levels for the ecological assessment of the macrophyte community in a bryophyte river (BR) according to the Swiss surface water assessment concept. The overall objective of a good ecological status with regard to macrophytes (far left in the image) is iteratively subdivided into lower-level sub-objectives. The vertical line in each box shows the achievement of each sub-objectives on a scale from zero to one as illustrated on the left below. The degrees of target achievement can then be divided somewhat more roughly into condition classes (poor – red, unsatisfactory – orange, moderate – yellow, good – green, very good – blue).

The step from qualitative to quantitative decision support

For smaller decision-making projects, a qualitative analysis is usually sufficient. However, when it comes to larger or several similar projects, authorities and politicians often want more precise statements. More precise analyses are also beneficial for the development of the Swiss surface water assessment concept, a method for the cantonal water protection agencies to systematically investigate and assess watercourses. In recent decades therefore, experts at the Federal Office for the Environment FOEN have worked together with Eawag researchers as well as employees of cantonal water protection agencies and environmental consulting offices to develop such methods. In recent years, the first such procedures have been formulated based on a hierarchy of objectives and the assessment of the degree of goal achievement. In the Swiss surface water assessment concept, these have up to now been the modules for the macrophyte assessment of watercourses and for the morphological assessment of lakeshores.

Quantifying uncertainties and communicating them clearly

If it is possible to quantify forecasts and social values with the help of mathematical formulas, the problem remains that although more precise statements are now available, they still contain the uncertainties inherent in the basic problem. Formulating and communicating these mathematical uncertainties in a clear and understandable way is one of the major challenges facing research – not only in environmental management.

Peter Reichert, a physicist and Head of Systems Analysis and Water Management Group at Eawag, is addressing precisely this issue. He is developing advanced methods to quantify and communicate these uncertainties more comprehensively. To do this, he combined established and rarely used statistical techniques. He published this concept in the article "Towards a comprehensive uncertainty assessment in environmental research and decision support" in the Water Science & Technology journal.

How does practice respond to more complex findings?

In a new project supported by the Swiss National Science Foundation, he is now developing these methods further together with Ambuj Sriwastava, a postdoc at Eawag (see project description below). Once the mathematical basics have been worked out, it will be interesting to apply the new methods to a real case and see what advantages and challenges the comprehensive consideration of uncertainties brings with it. And one major question remains at the end: are the decision-makers prepared to accept the somewhat more complex results and base their decisions on them?

SNSF project “Comprehensive Uncertainty Assessment in Environmental Decision Support”
In conventional decision support methods, only uncertainties in scientific forecasts are generally taken into consideration. Due to the large uncertainties of the target formulations and the uncertainty in quantifying the uncertainty of the forecasts, the uncertainties are thus only partially taken into consideration. This project has the objective of demonstrating how to account for uncertainties more comprehensively and how these methods work in practice.
The first step is to improve the methods for recording preferences and describing their uncertainty using probability distributions. This does justice to the fact that not only scientific forecasts but also the objectives of society are uncertain. Important reasons for this are the different objectives of different stakeholders, the changing social values over time and the difficulty of describing these values mathematically.
The next step is to consider the uncertainties in the probabilities that describe uncertain values in society but also uncertain scientific forecasts. As a final step, a test application of the developed methods to issues of river revitalisation planning will help to assess the practicability of the proposed methods.

Towards a comprehensive uncertainty assessment in environmental research and decision support

Uncertainty quantification is very important in environmental management to allow decision makers to consider the reliability of predictions of the consequences of decision alternatives and relate them to their risk attitudes and the uncertainty about their preferences. Nevertheless, uncertainty quantification in environmental decision support is often incomplete and the robustness of the results regarding assumptions made for uncertainty quantification is often not investigated. In this article, an attempt is made to demonstrate how uncertainty can be considered more comprehensively in environmental research and decision support by combining well-established with rarely applied statistical techniques. In particular, the following elements of uncertainty quantification are discussed: (i) using stochastic, mechanistic models that consider and propagate uncertainties from their origin to the output; (ii) profiting from the support of modern techniques of data science to increase the diversity of the exploration process, to benchmark mechanistic models, and to find new relationships; (iii) analysing structural alternatives by multi-model and non-parametric approaches; (iv) quantitatively formulating and using societal preferences in decision support; (v) explicitly considering the uncertainty of elicited preferences in addition to the uncertainty of predictions in decision support; and (vi) explicitly considering the ambiguity about prior distributions for predictions and preferences by using imprecise probabilities. In particular, (v) and (vi) have mostly been ignored in the past and a guideline is provided on how these uncertainties can be considered without significantly increasing the computational burden. The methodological approach to (v) and (vi) is based on expected expected utility theory, which extends expected utility theory to the consideration of uncertain preferences, and on imprecise, intersubjective Bayesian probabilities.
See DOI
See Institutional Repository
Reichert, P. (2020) Towards a comprehensive uncertainty assessment in environmental research and decision support, Water Science and Technology, 81(8), 1588-1596, doi:10.2166/wst.2020.032, Institutional Repository