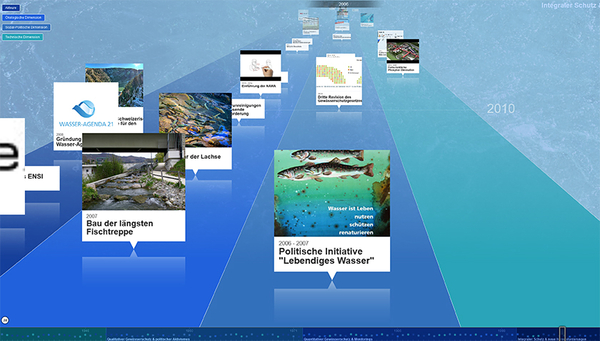 With around 200 pictures and texts, the new Water Timeline takes you through 200 years of the eventful history of Swiss water protection. It aims to show how shifts towards more sustainable management of natural resources can be shaped.

“In Switzerland, we have the advantage of being able to learn from substantive changes that have happened in the water management sector over the past 200 years,” says Christian Binz, group leader at Eawag. “Water protection still faces major challenges such as biodiversity loss, habitat fragmentation and micropollutants. Nevertheless, great progress has been made since the 1950s.”

The new Water Timeline documents this example as a case study for change towards sustainable development, which is now being made available to professionals, administrations, educational institutions and the general public. The timeline illustrates the history of Swiss water protection since the beginning of the 19th century with around 200 milestones in pictures, videos and text. The focus is on the interlinkages between technological, social and ecological elements in the transformation toward sustainable development.

The use of water as a resource through the ages

Water bodies in Switzerland have undergone numerous changes since the beginning of the 19th century. They were intensively used, polluted with waste and sewage, squeezed into narrow channels and partly into underground pipelines. Then eventually, they were increasingly freed up again and brought to the surface, clarified, cleaned up and finally placed under protection by law.

The water timeline guides you through this past by means of specific  events. It starts with the watercourse engineering in the early 19th century and the subsequent electrification through hydropower. It shows how a plethora of problems emerged in the 20th century, such as massive pollution, fish extinction, or cholera in the drinking water. Later the century, new solutions such as bathing bans, the first wastewater treatment plants and phosphate bans for detergents emerged. Research institutes were founded and measurement networks for monitoring water quality were established. The journey through time ends in the present with the Water Protection Act of today and the new challenges of climate change. The timeline provides exciting details, shows connections and links to further information.

Examples from the Water Timeline 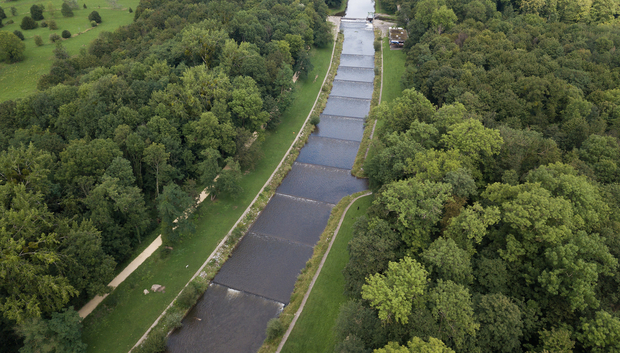 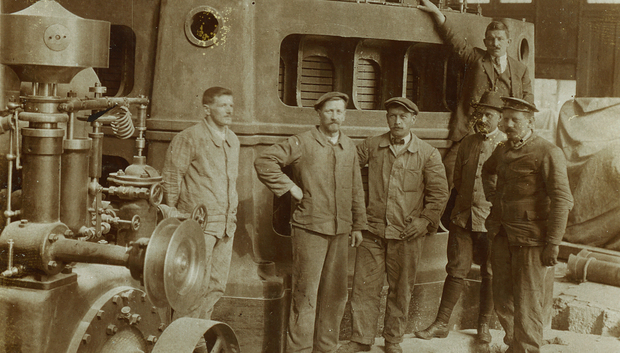 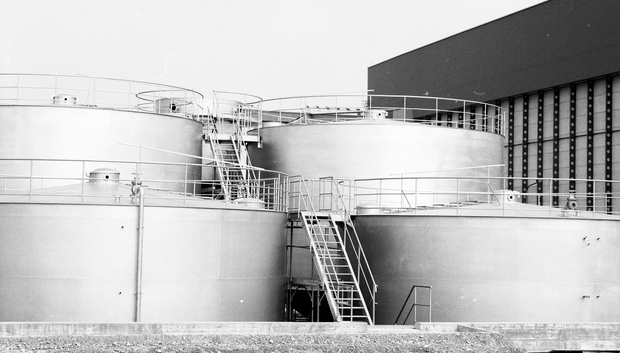 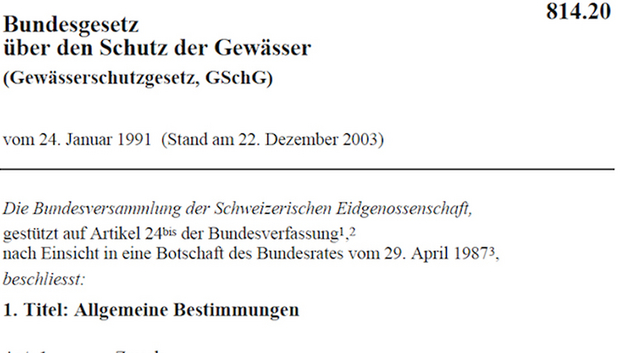 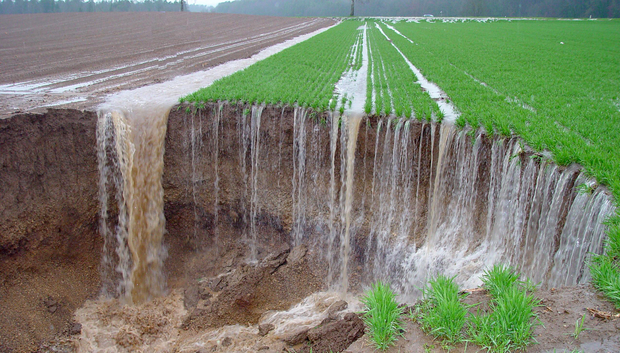 The NAQUA report and public referenda on “Pesticides in drinking water” point to deficiencies in the protection of wells and persistent contamination of groundwater. (Photo: Roland Müller, Benken)
Previous Next

What is remarkable is the sheer complexity of transformations towards sustainable development. The water timeline shows: it took collective efforts in many areas to drive change in water protection. Various individuals, private organisations, companies and environmental associations had to join forces in improving water protection measures in Switzerland. Based on public pressures, politicians then introduced laws and directives to protect the water bodies. At the same time, awareness of water as an important resource for life grew steadily among the population. Also technical progress was needed to efficiently protect and sustainably manage the Swiss water bodies. And last but not least, research also contributed to the transformation by providing data and information and early warnings of new, as yet unknown dangers, for example the pollution of water with pesticides, medicines, household chemicals or personal care products.

There are no simple recipes

The example of water protection should provide inspiration on how to deal with other natural resources and respond to challenges such as climate change and biodiversity loss. Of course, the lessons cannot be transferred one-to-one. “There are no simple recipes that suit everyone,” says Manuel Fischer, Group Leader at Eawag together with Christian Binz. “Nevertheless, we can learn from the example of water protection on how to tackle profound, structural changes. We therefore hope that political and academic circles will take up the information in the timeline to further advance sustainable development. Perhaps we will also succeed in initiating a deeper dialogue between the relevant players.”

The water timeline was developed and realised by the scientific assistants Nadine Mathys, Aline Hänggli and Jeanine Janz.