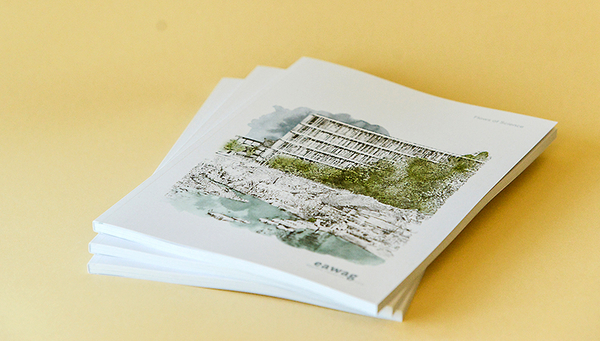 Eawag has a long history of innovation in the field of source separation technology. To understand this history, its collaborations and contexts, the directorate engaged historian Luke Keogh. His work resulted in the recently published “Flows of Science”, an intimate story of scientists at work.

The result of environmental historian Luke Keogh’s research is published in Flows of Science. Compiled from interviews with scientists and focus groups and nearly 30 hours of recording, Flows of Science is an intimate story of scientists at work. It charts the history of source separation technology at Eawag from 1992 to 2017. Starting with the early influence of sustainable development, and proceeding through projects such as Novaquatis, STUN, VUNA and Blue Diversion, the book charts the pioneering role that Eawag has played in developing source separation.

The book shows that to deliver source separation technology as an innovative new approach to urban water management, it takes teams of people working together over decades.

Luke Keogh (*1983) is an environmental historian and curator. He received his doctorate in environmental history from The University of Queensland, Australia. He was one of the lead curators on the major international exhibition “Willkommen im Anthropozän: Unsere Verantwortung für die Zukunft der Erde“ (Deutsches Museum, Munich, 2014-2016). One of the many objects they included in the exhibition was the Blue Diversion toilet.

Flows of Science can be ordered as hard-copy by sending an e-mail to info@cluttereawag.ch.