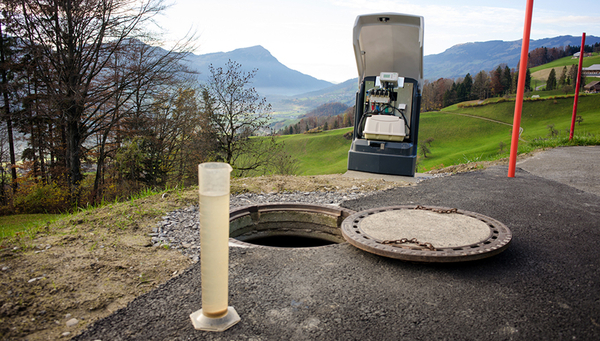 Dealing with wastewater right where it is being produced, instead of in central treatment plants, can be more flexible and economical depending on the location. In Switzerland, however, there are very few such decentralised wastewater treatment plants – although, as Eawag researchers have established, there is a surprisingly strong market potential for them.

In this country, wastewater is generally channelled for many kilometres to central wastewater treatment plants (WTPs) via the underground pipes of our sewerage system. But the system is sometimes fraught with problems, such as leaking pipes, or overflowing drains in heavy precipitation. Maintenance costs are also high. These factors beg the question therefore of whether it is still worth investing in the existing network, or whether there may be other solutions that would be more cost effective – such as treating wastewater in situ.

Such decentralised wastewater treatment plants are still rare in Switzerland. Currently just three percent of the population are using that kind of system. Scientists at Eawag working with geographer Sven Eggimann – who is now a research fellow at the University of Oxford – have been working to ascertain which locations would lend themselves to this kind of wastewater treatment. With this information they have been able to estimate the market potential for decentralised installations.

The team of researchers used a computer model that calculated the most cost-effective wastewater infrastructure for every Swiss household. The calculations were based on the costs of sewerage maintenance, monitoring and transport. The researchers found that decentralised wastewater treatment plants would be worthwhile for around 10 percent of the Swiss population. “There is significant potential in rural areas in particular”, says Ulrike Feldmann, Environmental Social Scientist and co-author of the study. In these areas, a good 30 percent of inhabitants would be a worthwhile target for decentralised WTPs. The researchers recently published their findings in the international journal “Land Use Policy”.

Which wastewater treatment method is the more cost effective depends partly on the population density of the area in question. The researchers employed this knowledge to estimate the market potential for decentralised WTPs across the whole of Europe. They came to the conclusion that around 100,000 installations could be sold annually on the European market – a volume that would permit commercial production.

“Of course, these findings are not a forecast of how many decentralised installations will be built in the near future”, stresses Ulrike Feldmann. The model, she says, is based on a number of highly simplified assumptions. Nevertheless, it does allow the market potential for local installations to be estimated. “These figures indicate that, in the long run, it is worth investing in research into and promotion of innovative, decentralised systems”, says Feldmann.