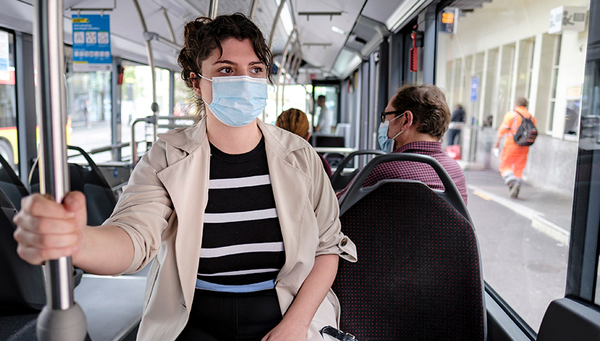 There are solid psychological explanations for how consistently we follow the behaviour rules to prevent the spread of Coronavirus, such as the expectations we have towards ourselves and others. These are the findings of a representative survey, the results of which can now be used to optimise public information campaigns.

Until recently, the environmental psychologists at the Swiss Federal Institute of Aquatic Science and Technology Eawag and the Eawag spin-off Ranas mainly focused their research on how people in unsafe sanitary conditions can be motivated to protect themselves via improved hygiene against illnesses. Now a joint study by Ranas, Eawag and ETH has investigated the reasons for why and how well the population follows behaviour recommendations to minimise the risk of spreading the Coronavirus. The study is based on the Ranas Model of behaviour change developed at Eawag. Since its inception, this psychological model has been deployed globally to better understand health and environmental psychology and thus to shape effective interventions.

“Mostly” or “only sometimes”

Confidence in one’s own capacity and positive feelings

The differences can be explained using psychological motives. Participants who follow the rules believe that others also comply with the rules. In addition, they perceive that there is an expectation on the part of others that they will do so themselves. They behave in line with a social norm. These same participants believe strongly in their capacity to follow the rules and also remind themselves frequently that they want to follow the rules. This means that they have confidence in their own capacity and a good level of self-management. Finally, participants also associate the outcome of following the rules with positive feelings. For example, they feel safe after washing their hands, and are convinced that adherence to the rules will have positive consequences. According to Max Friedrich, an environmental researcher at Ranas, “it is interesting that these psychological motives apparently outweigh other factors. Participants who see themselves as part of a risk group do not follow the behaviour recommendations more frequently than others”.

The researchers leading this study hope that public authorities, for example at cantonal level and the Federal Office of Public Health, will now use these results in their information campaigns. “Whether the current increase in new infections will lead to a second wave depends in part on the willingness of people to follow the behaviour recommendations,” says Silvie Palacios on behalf of the research team. “In our opinion, psychological motives that are very strongly linked to risk-reducing behaviour should be addressed directly in campaigns,” she recommends. This could be achieved by a campaign that targets adherence to behaviour recommendations anchored as a social norm, where individual responsibility for the correct conduct by the majority is emphasised. A message of the power of the individual should be used to counteract the feeling that the protective measures are overwhelming. Finally, public campaigns should encourage people to embrace effective self-management, “for example, by placing a note on the mirror to remind oneself,” suggests Palacios.

In a poster developed as part of the study, four psychological motives are integrated to promote adherence to Coronavirus recommendations.
(Image: Ranas GmbH)