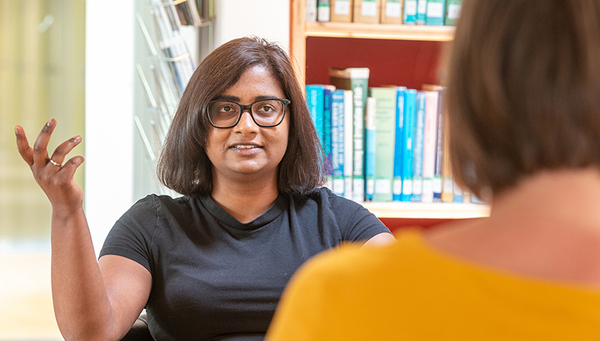 Africa is home to a large part of the world's biodiversity. Many species are native only to this continent. So far, the genome of only a tiny proportion of them has been decoded, but this is an important prerequisite for their protection. The large-scale African BioGenome Project, in which Eawag researchers are also involved, now aims to change this.

African species have so far been completely underrepresented in projects to decode their genome. The African BioGenome Project therefore wants to sequence the genomes of 105,000 endemic plants, animals, fungi and protists over the next 10 years. Unlike in the past, this will be done primarily by African scientists. More than 100 of them are working on the project. One of them is Pooja Singh from Botswana, who is currently working as a postdoc in the Fish Ecology and Evolution department at Eawag.

Why do we need the knowledge of the genomes of African species?

The number of species native to Africa is staggering and many of them are endemic. However, most genome sequencing projects to date have been led by research groups from Europe, America or Australia. Therefore, the focus has been on species that are important from their perspective. So that the species that are important to us – ecologically, economically and culturally – are sequenced, we should take this into our own hands.

“So that the species that are important to us are sequenced, we should take this into our own hands.”

Can you give an example of such a species that is important from an African perspective?

Gonimbrasia melina caterpillar, known locally as the mopane worm.  This caterpillar of a butterfly species is a very important source of protein in southern Africa because you can easily collect it and eat it. This is especially important for people who are not doing so well economically. But the mopane worm is badly affected by climate change. When I am in Botswana today, I see how much the number of these worms has decreased compared to the 1990s when I was a child. If we know the genome of this species, we can try to conserve them as an important food source or start breeding them.

So, on the one hand, the African BioGenome Project wants to provide the genetic basis for preserving the enormous African biodiversity. Another important goal is that this knowledge is generated in Africa itself. Why have so few sequencing projects been carried out by Africans so far?

On the one hand, this is an economic problem, because the sequencing of genomes is still very expensive. Many governments or universities in Africa don't have the money for it. The governments need a large part of their resources to meet the basic needs of the people. Secondly, the expertise and equipment, such as large computer servers, to analyse such data are often not available at the universities.

For me to learn about genomics and genome sequencing, I had to go to South Africa, for example, because it was not possible in Botswana. But where money is available, the focus is mostly on sequencing genomes for medical purposes, i.e. for researching diseases - not for food security or biodiversity conservation. 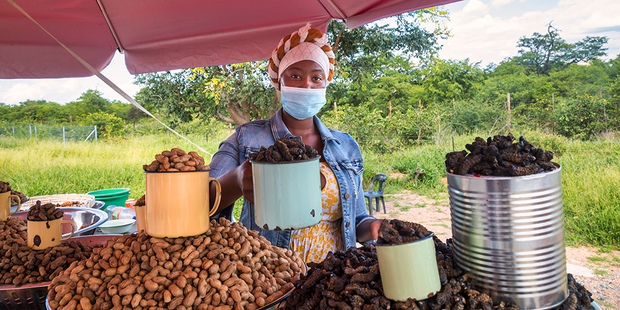 The mopane worm is an important food source in southern Africa. (Photo: iStock) 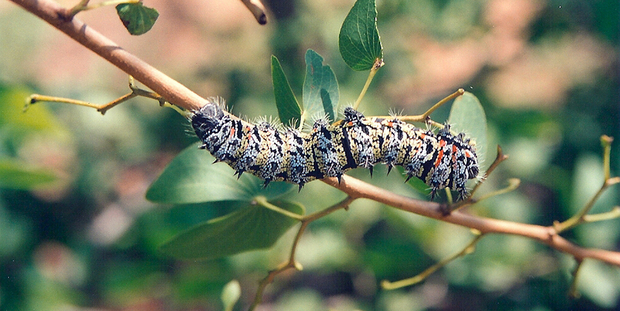 However, the number of mopane worms has decreased sharply due to climate change. (Photo: JackyR/ / wikimedia (CC BY 2.5)
Previous Next

The African BioGenome Project wants to improve this situation.

Yes, it wants to achieve that Africans sequence African species, i.e. Africa for Africa.  This is very important so that our biodiversity remains our intellectual property and we can take the future of this diversity into our own hands.

Until now, things have often been different. Since many sequencing projects on African species were led from outside the continent, Africans often did not benefit from them either - the knowledge generated did not flow back to them, they did not receive scientific recognition and they did not benefit from patents on ingredients of African species.

But if, thanks to the African BioGenome Project, there are more of us Africans who can do such sequencing projects ourselves without depending on scientists from the Global North, then of course we will also reap the benefits and be self-sufficient.

You are involved in the African BioGenome Project together with Ole Seehausen, Head of the Fish Ecology and Evolution Department at Eawag. What is your role?

At first, Dr. Ole Seehausen was involved in the project. He was one of the co-authors of the African BioGenome white paper. This elaborated the need for an Africa-centric project to generate reference genomes of African species and the implementation concept. Since he has worked a lot with African fish in his research work, he makes recommendations, for example, on which species would be important for sequencing.

Later, he asked me as well as his PhD student Nare Ngoepe from South Africa and his postdoc Anna Mahulu from Tanzania to join the project because all three of us are from Africa.

I am part of the sampling and genome assembly subcommittee. This means that I make recommendations on which species would be important to sequence and which sequencing and assembly strategies are best to achieve the best coverage of the genomes at the best price.

It is a massive group of people working together within this impressive project and we are all trying to do our little bit.

"One of my long-term goals is to train local students from Botswana in genomics and genetic research for biodiversity conservation."

And what are the next steps within the project?

The biggest hurdle to being able to hire and train people and set up the infrastructure for sequencing over 100,000 species is funding.

The first step was to make the vision and goals of the project known - this was done with the publication of the position paper in the journal Nature.

In this paper, the cost of the project is estimated at 100 million US dollars per year over the next ten years.

Yes, so the next steps now are to show governments and funding bodies how valuable genome information is and convince them to support the project financially.
On the other hand, lists of important species are currently being compiled to be processed in the first round of sequencing.

As an African, what does this project mean to you?

A lot. It's just amazing when you sit in a meeting with so many people from Africa. Because most genome projects are dominated by people from the global North.

It is also nice that our members are so diverse at the same time. They come from all over Africa and everyone brings different species to the project, for example because they are important for a cultural or an economic reason. I have never seen anything like that in any other project.

When I got into genome research at the University of Cape Town and heard about big sequencing projects, they were always about universities in Europe or North America. Now to see that this could also happen here and that maybe the University of Botswana will also sequence a few genomes, that makes you feel empowered. If I can contribute to that, it would mean a lot to me.

Would you also return to Africa for this?

I left Africa because at home I wouldn't have been able to do what I'm doing today.

My goal is to acquire a faculty position in Switzerland or Central Europe and from that position figure out the best way to empower scientists in Africa with conservation genomics. One of my long-term goals is to train local students from Botswana in genomics and genetic research for biodiversity conservation.

Cover picture: Pooja Singh: "As an African, this project means a lot to me" (Photo: Christian Dinkel, Eawag)