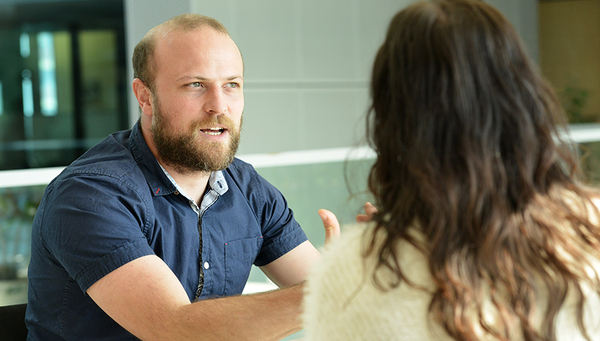 Manuel Fischer, tenure track researcher and group leader within the Department Environmental Social Sciences, has successfully passed his habilitation exam at the University of Bern. In his habilitation, he pointed out the factors that influence collaboration among political actors.

At Eawag, Manuel leads the group PEGO (Policy Analysis and Environmental Governance) within the Environmental Social Sciences Department as tenure track researcher. His research focuses on analysing governance arrangements, decision-making processes and political networks, with a focus on water and environmental issues.