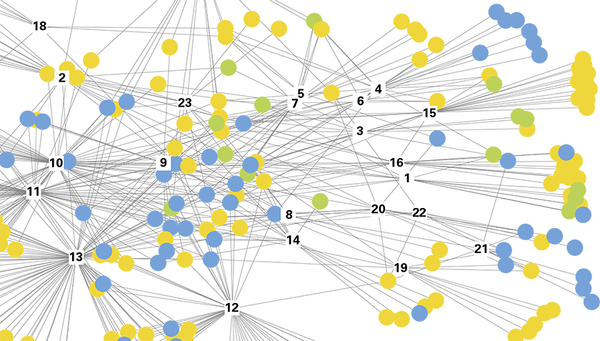 A study by Eawag environmental social scientists has identified a total of 23 forums in Switzerland concerned with water-related issues, such as the Swiss Water Management Association (SWV), Water Agenda 21, the Swiss Water Association (VSA) and the Swiss Gas and Water Industry Association (SVGW). On average, more than half of the members of these forums come from the private sector, a third from public administration, and around ten per cent from the scientific community. However, as most of the private actors only participate in a small number of forums, they occupy a peripheral position within the network. In contrast, cantonal and federal administration actors play a central role, frequently participating in a number of different forums and interacting with a variety of actors. They can thus play a strong coordinating role. The most active player is the Federal Office for the Environment, which participates in 17 water forums. Eawag is also highly active, with a total of 14 memberships.