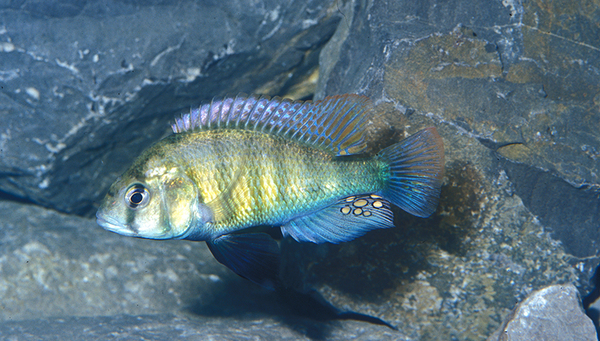 Lake Victoria in East Africa is known for its vast biodiversity. But according to a report published recently by the International Union for Conservation of Nature (IUCN), to which Eawag also contributed, many species of fish, molluscs, crustaceans and aquatic plants are currently at risk.

One fifth of the 651 species studied in the Victoria Basin are threatened with extinction. Even more alarming is the assessment of the endemic species found exclusively in these waters: of 205 taxonomically described endemic species, three quarters are highly endangered. Ole Seehausen from Eawag and the University of Berne, who has been researching fish in Lake Victoria for many years and was a major contributor to the report, emphasised: “Lake Victoria is home to several hundred other endemic species which are recognised but have not yet been given a scientific name, which meant they could not be included in the study. The number of endangered species is thus unfortunately much higher than the report suggests, and we believe that many species are already extinct.”

Pressure from many sides

Major threats to biodiversity in the world's second largest freshwater lake include industrial and agricultural pollution, overfishing, forest destruction, drainage of catchment wetlands and invasive species. One example is the violet water hyacinth (Eichhornia crassipes) which is originally from South America and reached the shores of Lake Victoria in the 1980s. At times it has covered almost 10 per cent of the lake’s surface and decreased oxygen and light levels. “Climate change also continues to put pressure on biodiversity, especially on fish,” says Seehausen.

For the 40 million-plus people living in the catchment area of Lake Victoria, the lake’s biodiversity plays a vital role in their lives and livelihoods – as a food source, a genetic resource for aquaculture and for medicines.

To stop the threatened extinction of species, the IUCN, working together with local stakeholders, has identified 39 river, lake and wetland areas that are particularly important for biodiversity  conservation. These can serve as a basis for developing new protected areas in the region and expanding existing ones.

Makobe Reef is a rocky reef in Lake Victoria which is recognised as having the highest level of species diversity. It was designated a new Key Biodiversity Area (KBA) by the International Union for Conservation of Nature (IUCN).
(Ole Seehausen, Eawag)

Water turbidity around Zinza Island: The increasing turbidity caused by erosion and eutrophication poses one of the greatest threats to biodiversity in Lake Victoria.
(Ole Seehausen, Eawag) 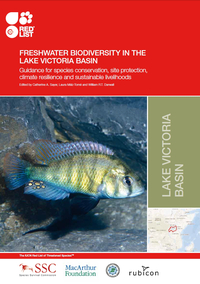