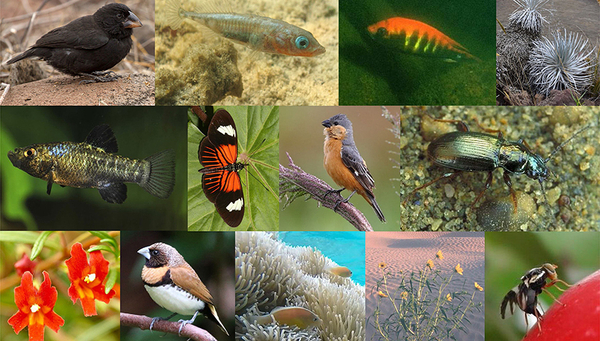 Speciation is often thought of as a slow process due to the waiting times for mutations that cause incompatibilities, and permit ecological differentiation or assortative mating. Cases of rapid speciation and particularly cases of rapid adaptive radiation into multiple sympatric species have remained somewhat mysterious.

We review recent findings from speciation genomics that reveal an emerging commonality among such cases: reassembly of old genetic variation into new combinations facilitating rapid speciation and adaptive radiation. The polymorphisms in old variants frequently originated from hybridization at some point in the past. We discuss why old variants are particularly good fuel for rapid speciation, and hypothesize that variation in access to such old variants might contribute to the large variation in speciation rates observed in nature.