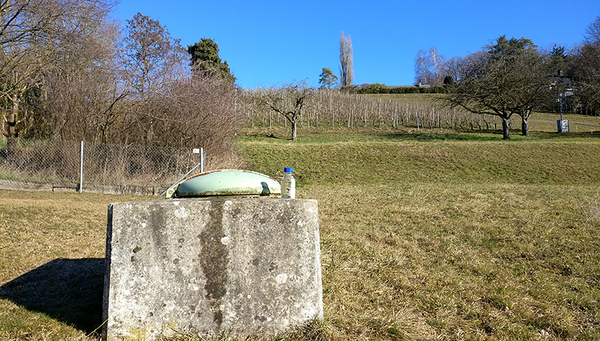 Degradation products of the fungal agent chlorothalonil are found widely in groundwater on the Swiss Plateau, even in places where it is used as drinking water. Dealing with these substances is becoming a challenge for waterworks. There is a wide range between rash immediate measures and concealing the problem. An Eawag fact sheet serves to contribute to an objective discussion and longer-term strategies.

Since the EU Commission classified chlorothalonil as a probable carcinogen, a controversy has developed. Degradation products (metabolites) of this widely used fungicide are found in groundwater. At numerous measuring sites, the concentrations measured so far exceed the legal limit of 0.1 µg/l for water resources used as drinking water. It has not yet been proven whether exceeding this limit value, which is set at a low level as a precautionary measure for drinking water, actually poses a risk to consumers. The “permitted daily doses” for food are significantly higher. Nevertheless, nobody wants chlorothalonil residues in drinking water. Because the substances are sometimes only slowly degraded or washed out, the countermeasures include more than just a ban on the use of the starting material (in force since 1 January 2020). They also include the dilution of raw water with uncontaminated water or the (new) development of springs from catchment areas without agriculture. Technical treatment processes can also be considered as “ultima ratio”. In collaboration with waterworks, Eawag investigated in the laboratory and in pilot plants which processes could best be used against which substances. A fact sheet summarises the findings.

The studies on the methods for removing chlorothalonil metabolites were co-financed by the Federal Office for the Environment (FOEN).