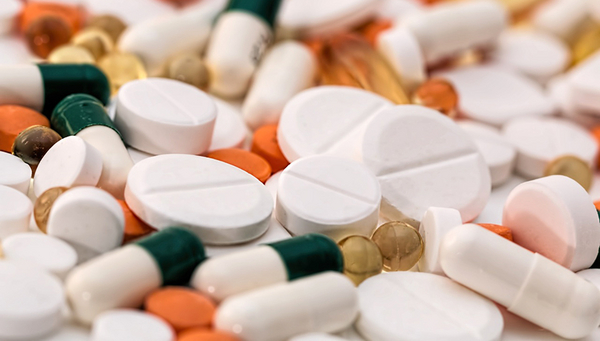 The active ingredient diclofenac contained in various painkillers is hardly degraded at all in wastewater treatment plants and therefore accumulates in surface waters. There, amphipods convert diclofenac into a more toxic substance, namely diclofenac methyl ester, as shown in a study by the Swiss Federal Institute of Aquatic Science and Technology (Eawag).

Every day, several tons of pharmaceutical ingredients are released into bodies of water worldwide. These originate mainly from domestic wastewater, because most substances are excreted again after ingestion – in part unchanged. Since many wastewater treatment plants do not retain all substances without leaving any residues, the rest ends up in the aquatic environment. Even if the amounts are extremely small, they can adversely affect organisms. Previous studies have shown that the analgesic diclofenac has a harmful effect on the liver, kidneys and gills of fish.

Researchers led by Juliane Hollender, head of Eawag’s Environmental Chemistry Department, are now presenting their findings: a conversion product of diclofenac, namely diclofenac methyl ester, may be even more toxic than the starting material itself. The research team recently published this finding in the journal “Environmental Science & Technology”.

Environmental chemists came to this conclusion with the help of two common types of amphipods. In the laboratory, post-doctoral researcher Qiuguo Fu exposed these to different concentrations of diclofenac for 24 hours. Admittedly, the concentrations chosen were several times higher than those found in the environment. Then she investigated how the substance behaves in the creatures’ bodies. According to this study, an enzymatic reaction in the small creatures leads to the formation of the substance diclofenac methyl ester, which is acutely much more toxic than diclofenac.

Moreover, diclofenac methyl ester is poorly soluble in water and can therefore be excreted less well, meaning it can accumulate to a greater extent in the body. “I therefore consider the substance to be more dangerous than diclofenac,” says Juliane Hollender. According to the environmental chemist, this type of chemical transformation occurred unexpectedly and should be considered in toxicological risk assessments for other substances. For according to initial studies, this biotransformation also occurs in higher organisms such as fish and humans.

The good news is that around a hundred wastewater treatment plants in Switzerland are currently being equipped with a fourth treatment stage to effectively remove micropollutants. “After this additional elimination step, diclofenac no longer appears in the water in increased concentrations,” says Hollender.

Biotransformation changes bioaccumulation and toxicity of diclofenac in aquatic organisms

Biotransformation plays a crucial role in regulating the bioaccumulation potential and toxicity of organic compounds in organisms but is, in general, poorly understood for emerging contaminants. Here we have used diclofenac as a model compound to study the impact of biotransformation on the bioaccumulation potential and toxicity in two keystone aquatic invertebrates: Gammarus pulex and Hyalella azteca. In both species, diclofenac was transformed into several oxidation products and conjugates, including two novel products, i.e. diclofenac taurine conjugate (DCF-M403) and unexpected diclofenac methyl ester (DCF-M310.03). The ratios of biotransformation products to parent compound were 12-17 for DCF-M403 and 0.01-0.7 for DCF-M310.03 after 24 h exposure. Bioconcentration factors (BCFs) of diclofenac were 0.5 and 3.2 L kg ww-1 in H. azteca and G. pulex, respectively, whereas BCFs of DCF-M310.03 was 164.5 L kg ww-1 and 104.7 L kg ww-1, respectively, representing a 25 to 110-fold increase. Acute toxicity of DCF-M310.03 was also higher than the parent compound in both species, which correlated well with the increased bioconcentration potential. The LC50 of diclofenac in H. azteca was 216 mg L-1, while that of metabolite DCF-M310.03 was reduced to only 0.53 mg L-1, representing a 430-fold increase in acute toxicity compared to diclofenac. DCF-M403 is less toxic than its parent compound towards H. azteca, which may be linked to its slightly lower hydrophobicity. Furthermore, the transformation of diclofenac to its methyl ester derivative was explored in crude invertebrate extracts spiked with an S-adenosylmethionine cofactor, revealing possible catalysis by an S-adenosylmethionine-dependent -carboxylic acid methyltransferase. Methylation of diclofenac was further detected in fish hepatocytes and human urine, indicating a broader relevance. Therefore, potentially methylated metabolites of polar contaminants should be considered for a comprehensive risk assessment in the future.
See DOI
See Institutional Repository
Fu, Q.; Fedrizzi, D.; Kosfeld, V.; Schlechtriem, C.; Ganz, V.; Derrer, S.; Rentsch, D.; Hollender, J. (2020) Biotransformation changes bioaccumulation and toxicity of diclofenac in aquatic organisms, Environmental Science and Technology, 54, 4400-4408, doi:10.1021/acs.est.9b07127, Institutional Repository