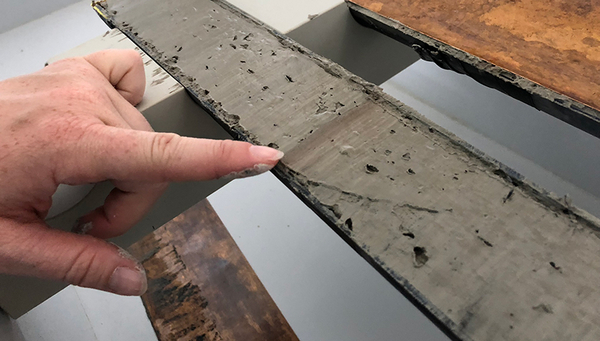 Researchers from Agroscope, Eawag, University of Bern and ETH have developed a method for the comprehensive detection of organic pollutant residues in soils and sediments. Initial results show that, in addition to known substances, there are also a number of substances detected for the first time.

Tens of thousands of chemicals are in daily use in households and industry. Many of them end up intentionally or unintentionally in the environment, but only a fraction of these are systematically recorded there. In view of the increasing variety of organic substances, it is important on the one hand to improve our state of knowledge of their behaviour in the environment, and on the other hand, to detect undesirable concentrations in reservoirs such as soils and sediments as early as possible.

Researchers from Agroscope, Eawag, University of Bern and ETH have tackled this knowledge gap in a study conducted on behalf of the Federal Office for the Environment. In a first step, a good 9000 chemicals used in the Swiss industrial sector and households and their main substance characteristics were compiled in a database. Models were used to gauge which of these compounds could mainly end up in soils and sediments. This resulted in a candidate list of around 500 halogenated organic substances which are often particularly long-lived. Using mass-spectrometry, these were then looked for in a series of extracts from Swiss Soil Monitoring Network (NABO) soil samples, as well as from sediment cores of the Greifensee. Examples of substances identified for the first time are the veterinary drug niclofolan, the antibacterial agent cloflucarban (a disinfectant used in medicine and in hygiene products) and the fungicide mandipropamid.

Created by Andri Bryner (Text: Agrarforschung Schweiz)
Share with others: