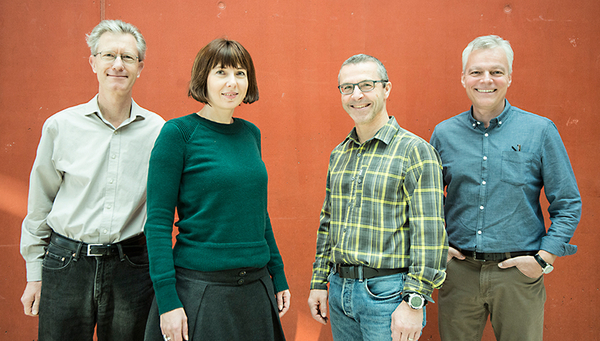 Michael Berg, Stephan Hug, Annette Johnson (in memoriam), Andreas Voegelin and Lenny Winkel from the Department of Water Resources and Drinking Water (W +T) at Eawag have been selected for the “Sandmeyer Award” from the Swiss Chemical Society (SCG) for their many years of work researching contamination of drinking water resources with geogenic elements.

The contamination of drinking water with geogenic elements such as arsenic and fluoride is a problem that affects several hundred million people around the world. Chronic arsenic poisoning, cancer, dental or skeletal fluorosis are some of the severe consequences of this.

Michael Berg, Stephan Hug, Annette Johnson, Andreas Voegelin and Lenny Winkel began this work 20 years ago when the world learned of the arsenic contamination of groundwater in parts of India and Bangladesh. They were among the first people to research methods for removing arsenic in the household using locally sourced materials.

They will receive the Sandmeyer Award in 2019 for their research work that has not only been extremely effective in Switzerland but also on an international scale. The SCG recognises individuals and groups for outstanding achievements in industrial and applied chemistry.