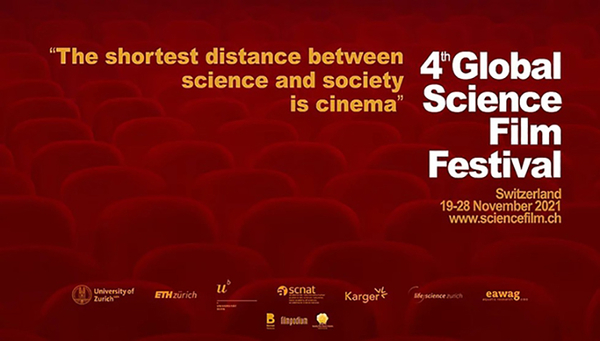 This year’s Global Science Film Festival (GSFF) will be taking place in Zurich and Bern between 19th and 28th November. Alongside the full-length and short films by international film makers, shorts by Swiss scientists are also showcased at the event. Five researchers from Eawag are taking part in the festival with their respective submissions.

At the fourth Global Science Film Festival, the organisers’ motto reads: “The shortest distance between science and society is cinema”. The GSFF celebrates film as a means of communication in the scientific sphere. Beginning on November 19th, international films on numerous scientific topics will be shown in Zurich’s Filmpodium and at Cinema Rex in Bern. Once again, in the “Scientists as Filmakers” section, films will be presented that have been produced by scientists and researchers, among them, Eawag’s Sigrid van Grinsven, Barbara Jozef, Catalina Chaparro, Yinyin Ma and Jagannath Biswakarma. The researchers were involved in the creation of several short films on scientific subjects which they portrayed in visually appealing and entertaining ways. The films are being shown online from 19th to 25th November, and at the Filmpodium in Zurich between 26th and 28th November.

Further information on the individual films, on the programme as a whole, and how to buy tickets, can be found on the GSFF website.