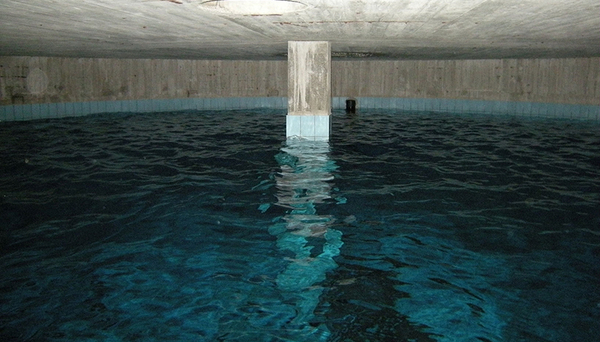 Adaptation to warmer environmental conditions may increase the resistance of viruses, making them harder to be inactivated. This is the finding of a new study involving Eawag. Global warming could therefore make it more difficult to combat viruses.

Enteroviruses, which can cause infections such as a cold or polio, and other pathogenic viruses enter wastewater via faeces and are ultimately released into surface waters. There they can be inactivated by heat, sunlight and other microbes, thereby losing their ability to spread disease. A team of researchers led by Tamar Kohn and Anna Carratalá from the EPFL, including Tim Julian from the Eawag water research institute, investigated how climate change could affect the resistance of viruses. They find that viruses are becoming more resistant, not only to environmental conditions but also to disinfectants such as chlorine.

The team passaged four populations of a human enterovirus in flasks with lake water at 10 or 30 degrees Celsius and with or without simulated sunlight. They then exposed the viruses to heat, simulated sunlight and microbes. The result: the viruses passaged at warmer temperatures were more resistant to heat than those in cooler temperatures. The resistance to sunlight or microbes, however, differed little if at all between the four populations. When the viruses were moved from warm to cool water, they not only remained active for longer than the strains grown in cold water, but also withstood treatment with chlorine better.

The research team therefore assumes that the adaptation of viruses to warm conditions reduces their susceptibility to inactivation. In the tropics or in regions affected by global warming, viruses could therefore be tougher to eliminate by chlorination or heating. This greater hardiness could also extend the length of time during which heat-adapted viruses would be infectious enough to sicken someone who comes in contact with contaminated water.

The news is based on a press release from EUREKALERT:
Viruses could be harder to kill after adapting to warm environments